Today, at 12:30 am GMT, Australia and New Zealand Banking Group Limited (ANZ) released its monthly Job Advertisement Number, which measures changes in the number of jobs posted in major Australian cities through major dailies and web portals.
Since job postings usually result in hiring employees, binary options traders keep in mind that this data from ANZ is a leading indicator of the business trend in the country. The ANZ jobs announcement number has a greater impact on the Australian dollar when it is released before the Australian government's official jobs data.
Last month, the ANZ job announcement number fell 0.1%, and this month it rose 1%, indicating that business owners are looking to hire more workers in the coming months.

On Thursday, at 1:30 pm GMT, the US Department of Labor will release the Unemployment Claims Number, which measures changes in the number of people who have applied for unemployment insurance over the past week.
Binary options investors have considered unemployment claims data to be one of the most important indicators of the US labor market. This is primarily due to the direct relationship of both unemployment and consumer spending and the increasing number of unemployment claims which indicates a decline in consumer spending in the economy, which constitutes the bulk of economic activity in the United States.

Last week, the US jobless claims figure came in at 285,000 and expectations for this week were set at a slightly higher figure, at 287,000. 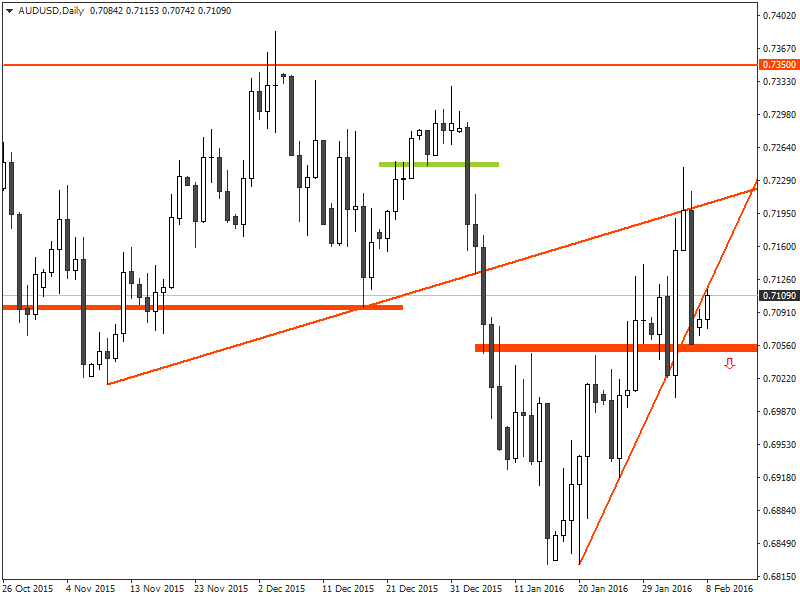 Although the bearish momentum was strong, the AUD/USD pair found important psychological support around the 0.7050 level.
As the US jobless claims number is expected to rise, the fundamental outlook for the AUD/USD is likely to remain bullish. However, if the unemployment claims number is lower than expected, and the AUD/USD pair closes below 0.7050, it is likely to attract additional bearish momentum in the market.
Under these circumstances, it is recommended that binary options traders consider placing a sell order in the AUD/USD with their binary options when the price closes below the 0.7050 level.

Contents hide
1 Australia - Australia and New Zealand Banking Group Limited Job Postings
2 United States - Unemployment Complaints
3 Trading recommendations for the AUD/USD currency pair
Forex Brokers Offers
Your capital is at risk
The complete list of forex brokers
Trading with a regulated broker
Your capital is at risk
© All rights reserved 2022-2'13. ForexBrokers.ae - English Forex Brokers
Disclaimer: This page is for educational and informational purposes only. No trades are provided through the ones on this page. Despite this, ForexBrokers.ae takes great care in verifying the information it has on the site. However, the accuracy of this information cannot be guaranteed. Therefore, we recommend that you get advice from an independent financial expert. Trading in forex and binary options always carries some risk and is not recommended to all investors and traders. Before deciding to trade in foreign exchange, you must determine your investment goals, experience and your willingness to risk. You should know that there is a chance of losing all your first investment, so you should not invest in your money that you need. Read the complete citation