Bitcoin tumbles to levels not seen since December 2020, but has managed to climb more than 4% since then, while Ether surged 5.5% to settle above $1,100

Bitcoin plunged to levels not seen since December 2020, but managed to regain its bullish momentum to rise by more than 4% since then, while Ether, the second largest cryptocurrency by market capitalization, surged around 5.5% to stand above $1,100.

After a few weeks of heavy losses and low price action, I witnessed Crypto Some respite to bring total market capitalization to just under $1 trillion, as relative calm continues to dominate the markets. 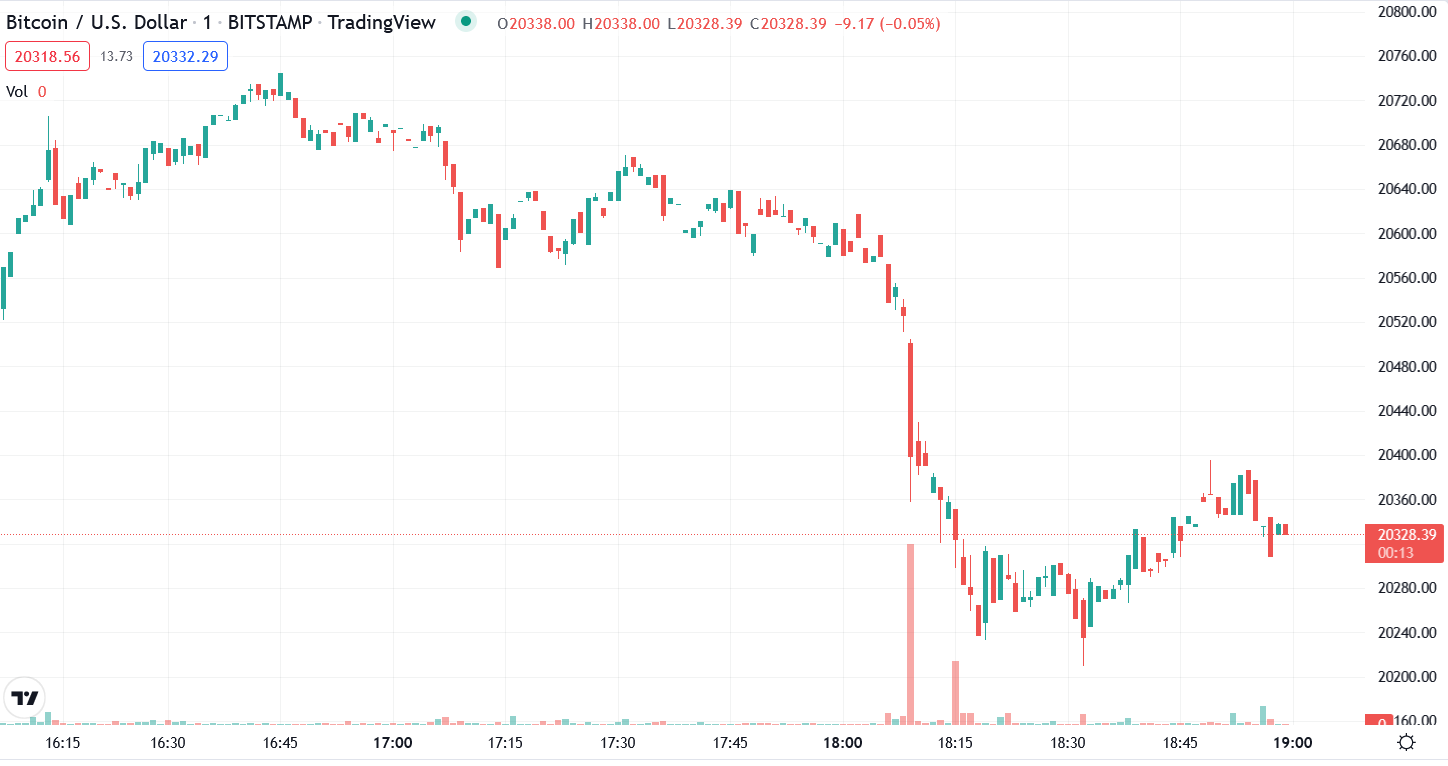 The recent decline is mainly due to the “death stampede” of the cryptocurrency stablecoin UST and its sister token, LUNA, as well as rising concerns about rising global inflation and deteriorating economic outlook, along with a slump in the stock market, which has prompted investors to flee the investment space in Cryptocurrencies.

Compared to the peak in 2022, all major cryptocurrencies such as Bitcoin and Ethereum have more than halved, and the shares of related companies have also fallen sharply.

US Treasury Secretary Janet Yellen stressed at the Senate Banking Committee hearing that cryptocurrencies pose a financial stability crisis and called on Congress to authorize regulation, and therefore global risk assets were affected.

Where is the price headed?

Experts believe that the value of Bitcoin fluctuates wildly and that its price is very unstable, so it is difficult for Bitcoin to play the two main functions as a traditional currency pricing metric and a transaction medium. Bitcoin attributes are more than an exotic financial asset, and people hold Bitcoin for investment returns rather than as a medium of exchange. or as a measure of evaluation.

Despite this, people’s understanding of Bitcoin has evolved since its inception, but the probability of it being exchanged for sovereign fiat currencies is zero, and at the same time, central banks have accelerated the introduction of digital currencies.

Experts predict that a prolonged Bitcoin stay below $21,000 could lead to a much deeper drop as rapidly rising inflation and rising US interest rates hamper the crypto sector and traditional investment markets.

The president of El Salvador is one of the biggest losers in this round of bitcoin's decline, and El Salvador (a Central American country) is the first country in the world to adopt bitcoin as a legal currency on September 7, 2021, this particular decision came from its president.

The president declared that the purpose of doing so was to attract investment, stimulate the economy and create jobs, but in fact, the entire country of El Salvador was involved in frantic speculation.

Data shows that from September 7 of last year to the present, El Salvador has bought around 2,300 Bitcoin at an average unit price of $46,000 at a total cost of about $105 million, and with it dropping below $20,000 recently the coin has seen a paper loss of more than 50 At least a million dollars.

Even worse, the economic situation in El Salvador is not good and the national financial situation is worrying, in 2021 the national debt level constitutes more than 90% of GDP.

Contents hide
1 Bitcoin drops below $20,000 again
2 Where is the price headed?
3 El Salvador's president loses more than $50 million in speculation
Forex Brokers Offers
Your capital is at risk
The complete list of forex brokers
Trading with a regulated broker
Your capital is at risk
© All rights reserved 2022-2'13. ForexBrokers.ae - English Forex Brokers
Disclaimer: This page is for educational and informational purposes only. No trades are provided through the ones on this page. Despite this, ForexBrokers.ae takes great care in verifying the information it has on the site. However, the accuracy of this information cannot be guaranteed. Therefore, we recommend that you get advice from an independent financial expert. Trading in forex and binary options always carries some risk and is not recommended to all investors and traders. Before deciding to trade in foreign exchange, you must determine your investment goals, experience and your willingness to risk. You should know that there is a chance of losing all your first investment, so you should not invest in your money that you need. Read the complete citation