The price of Bitcoin rebounded today, Friday, from the lowest level near $34,000, after the US President revealed the imposition of harsh sanctions on Russia.

Today, Friday, the price of Bitcoin rebounded from the lowest level near $34,000 and tried to stabilize again above the $40,000 level, after US President Joe Biden revealed that he had imposed harsh sanctions on Russia due to the invasion of Ukraine.

During Friday trading, Bitcoin traded higher after two days of losses, though the leading cryptocurrency remains down more than 17% since the beginning of the year

The largest digital currency in the world lost about 33.19 billion dollars of its total market value, as its trading price fell to 35,000 dollars, bringing the market value to 674.19 billion dollars, as Russia’s attack on their neighbor Ukraine negatively affected the cryptocurrency market, and traditional markets also collapsed.

The Russian incursion into Ukraine early Thursday (February 24) caused more than $242 million in liquidations in the cryptocurrency market.

Russian tanks, troops and aircraft entered Ukraine early Thursday, in what Russian President Vladimir Putin called a "special military operation" to achieve "the demilitarization of Ukraine," which the United States and its allies condemned as an outright invasion.

US President Joe Biden said the attack on Ukraine was unjustified and pledged more measures against Russia. Biden was expected to announce a new round of sanctions against Russia that would isolate Russia from vital technologies and markets, in addition to measures imposed by allies The United States, which will increase pressure on banks in the country. 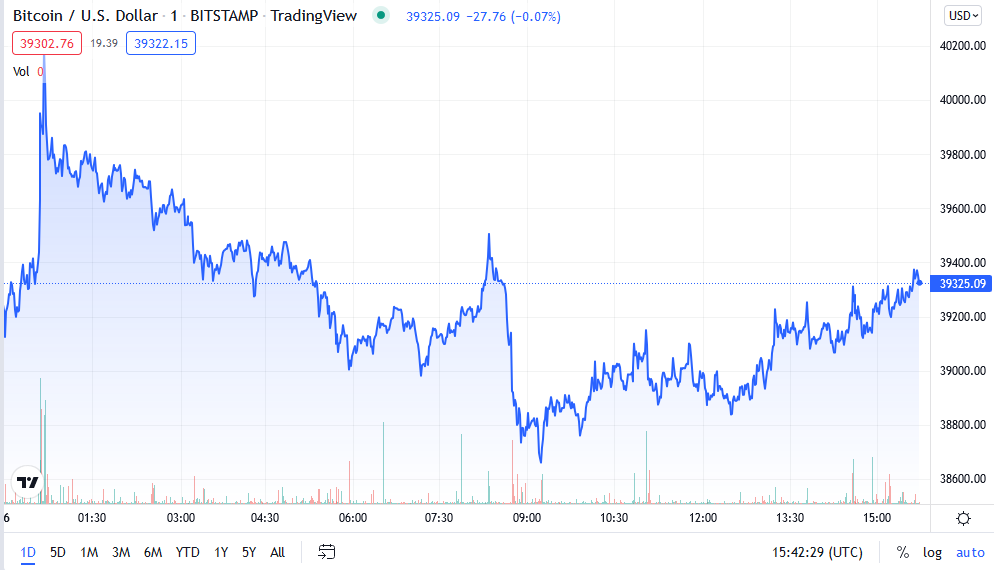 Markets always have a hard time dealing with uncertainty, in most cases anything that leads to more certainty can act as a bullish catalyst.

When Biden revealed sanctions on Russia, investors can assess their impact on global markets, the S&P 500 managed to post gains of up to 1.50%, and cryptocurrencies also enjoyed a strong rebound on Friday as traders increased their purchases of riskier assets, and the rebound was Broadly speaking, the aggregators of leading coins such as ETH, BNB, XRP, ADA and SOL all moved higher.

Also, some traders were willing to bet that sanctions against Russian financial institutions would increase the use of cryptocurrencies, which seems like a plausible scenario.

Not surprisingly, the Russian financial authorities have stopped discussing crypto regulations in recent days because they are busy with other matters, however, the chances of any serious cryptocurrency ban in Russia have receded, and it is too early to tell if the storm has passed.

Gold recently managed to surpass the $1900 level and attempt to stabilize above the $1,915 resistance, highlighting the increasing demand for safe haven assets.