Bitcoin drops below $25,000 due to inflation scare

Bitcoin hits 18-month low at less than $25,000, altcoins are in free fall, with many coins posting double-digit price losses

Bitcoin hits 18-month low at less than $25,000, altcoins are in free fall, with many coins posting double-digit price losses, and this has led to a massive drop in total cryptocurrency market cap, which has fallen below 1 trillion dollars.

Bitcoin at its lowest level in 18 months 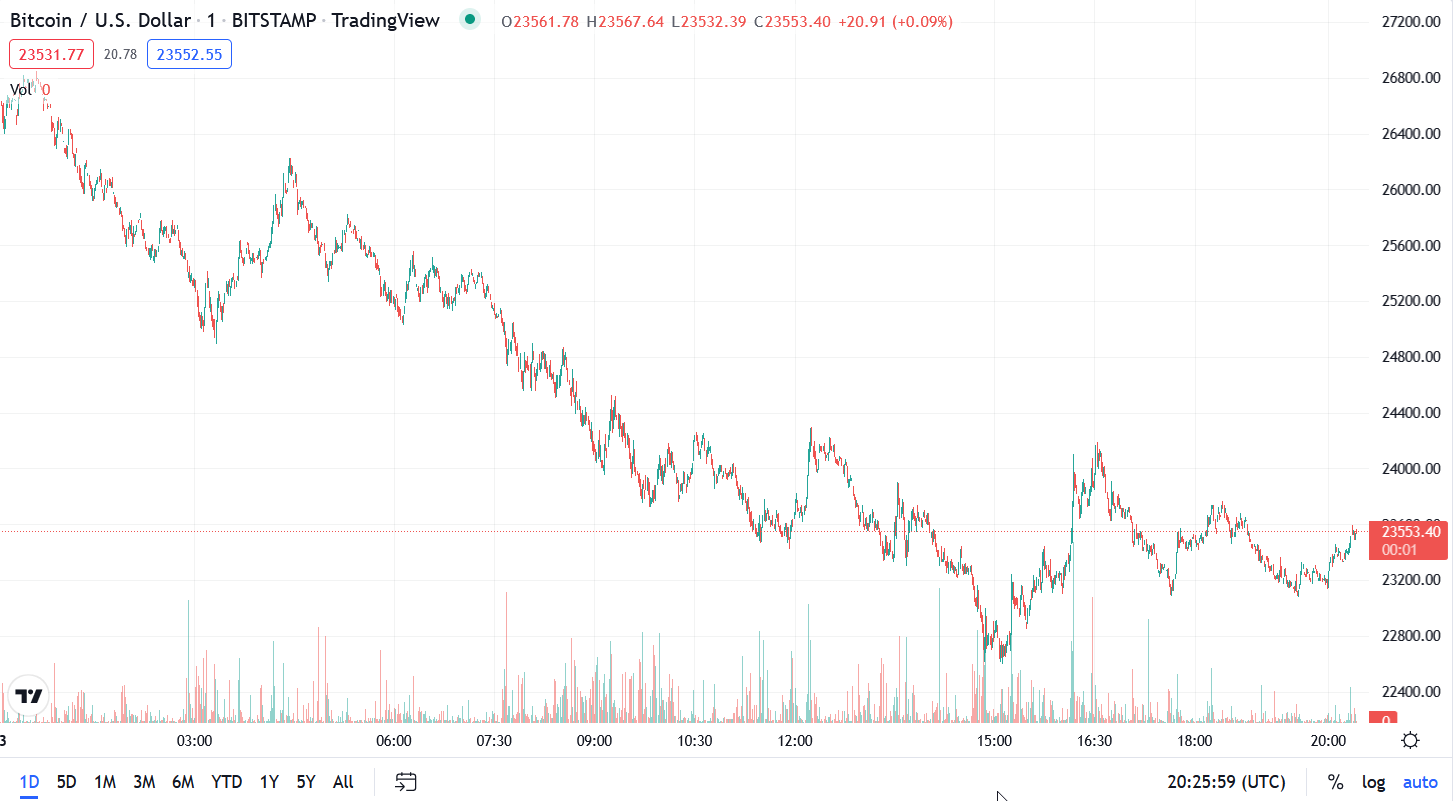 Friday's US inflation news (a record increase of 8.6% YoY) kicked off a new wave of losses for Bitcoin, which initially dropped from $30K to $29,000.

However, what has happened (and continues to happen) over the past few days has been significantly more violent, as Bitcoin's free fall intensified to $27,000 on Saturday and $26,000 on Sunday, liquidating more than $50 billion over the course of the year. Two consecutive days.

Today, Monday, the currency continued to decline to fall to the lowest level since March 2020 at $ 24,500, which means a decline of more than 10%, and its market value also fell below $ 50 billion, the only good news at the moment is that the dominance of Bitcoin over altcoins remained above 47% where they suffered the most.

As it usually happens when Bitcoin goes down it does Crypto Others too, most of whom were wearing red over the weekend, but were falling back every day.


Bitcoin's decline is mainly due to the effects of the impact of US inflation data, as sentiment spread from the stock market to the US crypto-asset market, and in general, liquidity is being withdrawn from all asset classes in the US.

At the moment, the US economy is recovering, the US dollar is in a high inflation range and the cryptocurrency is under pressure, and this trend is likely to continue for a while,

In addition to high inflation, experts also believe that the macroeconomic performance of the United States together with the international political and economic landscape may accelerate the accumulation of risks in the short term, and venture capital institutions have begun counterproductive processes to balance global risk assets, the first to bear the brunt of liquidity Withdrawn from the cryptocurrency market in the short term, in addition, the recent trend of US monetary policy and regulation has been extremely unfavorable to cryptocurrency, there has been a significant outflow of liquidity in assets.

One of the things that has been bad for the crypto world lately is that data shows that more and more people in the US are entering the crypto-asset industry with a very young average age, many of whom are teenagers or even younger, and are using social networks to promote and market Bitcoin and other cryptocurrencies. Thus, crypto assets such as currencies and the resulting financial regulatory risks make rational investors fear and accelerate the process of short-term money exit from the market.

Contents hide
1 Bitcoin at its lowest level in 18 months
2 US inflation data
Forex Brokers Offers
Your capital is at risk
The complete list of forex brokers
Trading with a regulated broker
Your capital is at risk
© All rights reserved 2022-2'13. ForexBrokers.ae - English Forex Brokers
Disclaimer: This page is for educational and informational purposes only. No trades are provided through the ones on this page. Despite this, ForexBrokers.ae takes great care in verifying the information it has on the site. However, the accuracy of this information cannot be guaranteed. Therefore, we recommend that you get advice from an independent financial expert. Trading in forex and binary options always carries some risk and is not recommended to all investors and traders. Before deciding to trade in foreign exchange, you must determine your investment goals, experience and your willingness to risk. You should know that there is a chance of losing all your first investment, so you should not invest in your money that you need. Read the complete citation