Bitcoin continues to recover and jumps above the $43,000 level

Bitcoin responded well towards the end of September to the latest price drop at below $41,000 but quickly rose above $43,000, while most other cryptocurrencies continue to move indecisively, with the exception of BNB which gained more than 8% to over $370.

Bitcoin is back level 43 one thousand dollars 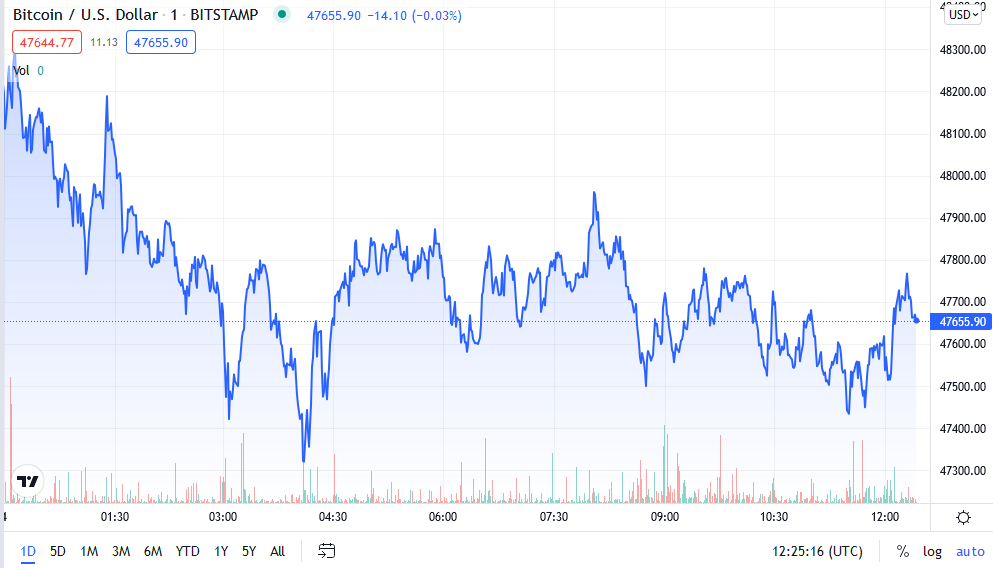 Bitcoin has faced high volatility in the past few days and this enhanced volatility continued until trading yesterday (September 29th), when it fell digital currency Pioneering was below $41,000 for the second time in a few days, but it held on and was pushed up by a few thousand dollars almost immediately.

However, the pressure is not over yet with yet another drop in prices, which pushed it to a new low of $40,800, the situation changed fairly quickly again and Bitcoin soared in just a matter of hours, as the coin added nearly $3,000 in value. It reached an intraday high of $43,800, though, rebounding several hundred dollars and trading at the $43,000 level.

As a result, the market capitalization of Bitcoin rose to over $800 billion, while the dominance of altcoins increased to just under 43%.

Over the past period, Bitcoin managed to maintain the significant support level of $40 thousand, despite the negative news regarding the crypto market, macro risk and dollar appreciation, the leading cryptocurrency has shown resilience by holding $40.7 thousand several times in the past week.

$40.7K is a very important level to maintain, as it is the deepest drop that Bitcoin can reach To complete the corrective wave, a drop below $40.7K will increase the probability of a retest of $40K or the possibility of a pullback to $37.3K due to liquidations or More risk in global stocks.

One crypto expert believes that the price of Bitcoin awaits a bumpy road, but it will eventually reach the price of $90,000 by the end of 2022, when it is believed that its price will drop to $16,000 on its way to an all-time high.

As expectations indicate that the value of the US dollar for the most popular digital currency will go through major setbacks and will remain highly volatile for the next several months, and speaking of the exact numbers, some analysts expected its price to drop to $21,000 and even $16,000, bearing this in mind, while advising Experts advise that investors should not deal with Bitcoin as of now because its downtrend can last one year but may also last for eight years.

While it seems difficult to predict the future price of Bitcoin, the recent decline is one of the “smallest” compared to those over the years, however, it is believed that its price will likely rise to nearly $90,000 in mid-2022.