Bitcoin is in a free fall, falling below the $20,000 support level

Bitcoin continued its decline in the trading session on June 18 to trade below the psychological $20,000 level for the first time since November 2020, dropping by more than 70%

Bitcoin continued its decline in the trading session on June 18 to trade below the psychological level of $ 20,000 per coin for the first time since November 2020, and the leading cryptocurrency has recorded a decline of more than 70% since it peaked at $ 69,000 in November of last year, in addition, it is down The second largest cryptocurrency Ether also increased by 10% on June 18 to fall to $997.75, its lowest level since January 2021.

A market expert says: “Previously the $20,000 and $1,000 levels represented price support levels for Bitcoin and Ethereum respectively which if breached could lead to 'enormous selling pressure' and also believes that based on previous bear market experience, it may drop. Bitcoin has surged over 80 % from an all-time high, meaning that Bitcoin could drop to $13,800. 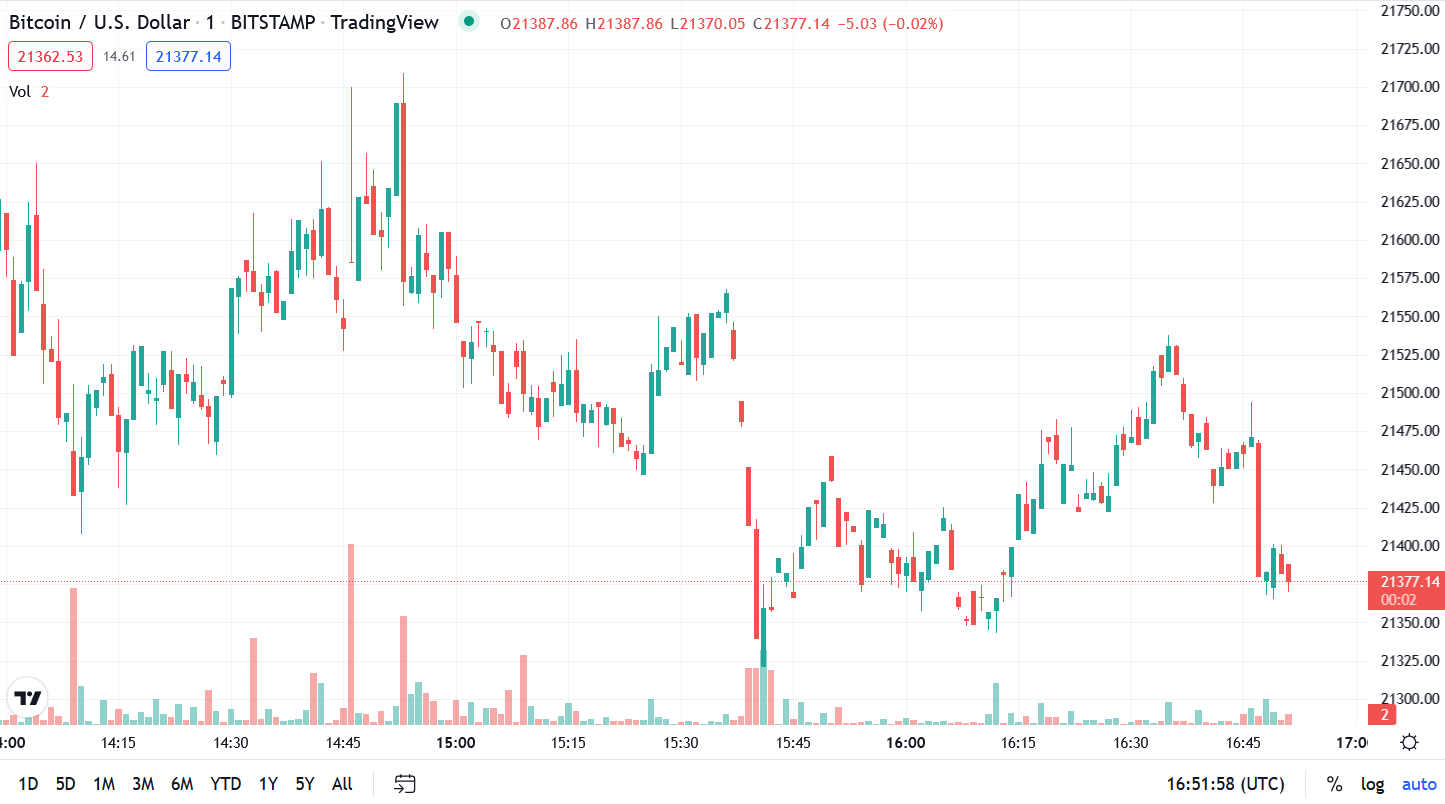 The Federal Reserve raised interest rates by 75 basis points on Wednesday in the largest increase since 1994, causing investors to flee risky assets including cryptocurrencies. These investors are in cash crunch.

Sentiment towards cryptocurrencies is so bad as the global cryptocurrency market cap drops below $1 trillion and Bitcoin drops below $20,000 could lead to even worse price action, cryptocurrencies becoming a symbol to flee from speculative investment as much of the world stresses out. monetary policy, which led to the drying up of liquidity in its global markets.

Will the financial institutions be the support?

During the recent development of the market, the role of institutions can be described as not small, many large companies including MicroStrategy, Tesla, Square and Coinbase have collectively bought hundreds of millions of dollars in cryptocurrency.

Previously, the idea of a public company buying bitcoin as its reserve asset was absurd, as bitcoin was considered too volatile and marginal to be accepted by any serious company, however, in recent times of the upswing of the market adding bitcoin to the balance sheet has become an option for many institutions, which promoted the development of the crypto market.

Institutional and individual investors believe that cryptocurrency will outperform many traditional investment vehicles within a decade, recent data shows that listed companies worldwide currently own more than 225,000 bitcoins, including MicroStrategy which alone owns more than 129,000 coins. After the company began adding bitcoin to the company's balance sheets in August 2020 to hedge against inflation, the company's stock has been heavily correlated with the digital currency.

Contents hide
1 Reasons for bitcoin's decline
2 Will the financial institutions be the support?
Forex Brokers Offers
Your capital is at risk
The complete list of forex brokers
Trading with a regulated broker
Your capital is at risk
© All rights reserved 2022-2'13. ForexBrokers.ae - English Forex Brokers
Disclaimer: This page is for educational and informational purposes only. No trades are provided through the ones on this page. Despite this, ForexBrokers.ae takes great care in verifying the information it has on the site. However, the accuracy of this information cannot be guaranteed. Therefore, we recommend that you get advice from an independent financial expert. Trading in forex and binary options always carries some risk and is not recommended to all investors and traders. Before deciding to trade in foreign exchange, you must determine your investment goals, experience and your willingness to risk. You should know that there is a chance of losing all your first investment, so you should not invest in your money that you need. Read the complete citation