Bitcoin is seeing some upside over the past seven days, as the crypto market has managed to recover nearly $30 billion in total market capitalization.

Bitcoin is seeing some upside over the past seven days, as the crypto market has managed to recover nearly $30 billion in total market cap, but unfortunately, over the past few days, the market is back in a bearish trend.

As for Bitcoin, over the past week the coin has been trying hard to maintain the $30,000 level and is currently trading below that level. Bitcoin managed to climb to $32,000 earlier this week but its bullish momentum was short-lived as the bears intervened. They have pushed prices back to their current levels over the past few days.

The general market was also volatile, with some altcoins dropping while others tried to lead, Cardano for example has been in distinctly different territory over the past week, rising around 13%, on the other hand, Solana was the biggest loser as it fell At 12.5% in seven days, this may have something to do with the fact that the network is down again.

Meanwhile, Ethereum is down 2.5% and Binance BNB is down by 3.3%, while Dogecoin is up by 2.4%. Cryptocurrency market value On the other hand, Bitcoin's dominance has increased by about 0.5% which means that the major cryptocurrencies are performing slightly better than altcoins.

Bitcoin splits from stocks, but not in the expected way 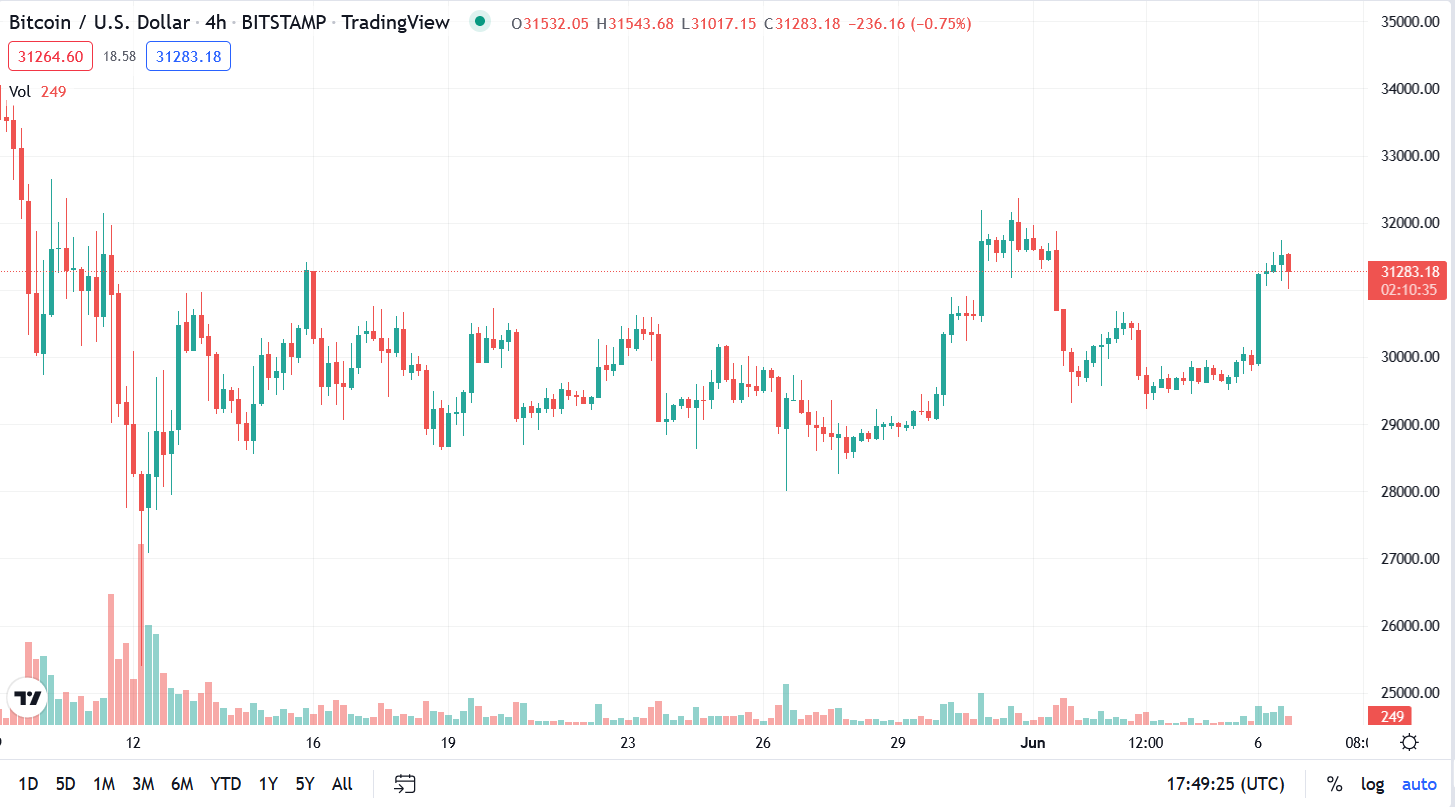 Bitcoin broke with its stock market trading last week after the digital asset failed to rally on the back of the Federal Open Market Committee meeting minutes, unlike US stocks.

After 2020 when the emergence of the COVID-19 pandemic created chaos in global markets, Bitcoin and the rest of the digital assets that tended to follow it adopted it as a risky asset and selling increased in times of uncertainty, when stocks fell, as did Bitcoin.

Acting as a risky asset goes against Bitcoin's original promise to provide investors with a safe haven during times of market chaos, and this pairing has gone in the opposite direction of what crypto enthusiasts had been hoping for.

The trend that saw bitcoin trading along with the stock market peaked earlier this month, bitcoin's correlation with stocks recently broke all-time highs during the world's worst downturn, reducing investors across the board for most assets. with risks.

Just last week, this trend reversed slightly, with Bitcoin's 30-day correlation with the S&P 500 dropping from above 0.8 to 0.6, still strongly positive but not as strongly correlated as it was in mid-May.

A market expert says that the stock market is heading to the upside due to the correction, and we could soon see similar moves in the crypto sector, though, investors remain cautious and wait for some confidence.