Bitcoin is Rising Again, Are You Ready for an Uptrend?

Bitcoin and many other major cryptocurrencies have bounced back over the past few days, trading below $50,000

Bitcoin and many other major cryptocurrencies have rebounded over the past few days, and the world's number one cryptocurrency by market capitalization is trading at less than $50,000, and many analysts believe that if the coin can break that number and stay there for some time, it could be A major uptrend is on its way.

has finished Bitcoin March trading with gains of over 9%, but it remains down by more than 1% since the beginning of the year, and since the beginning of 2022 the leading coin has had a rough start as it spent the first three months of the year fluctuating between the level of $30,000 and $40,000, today it seems that this poor performance The coin is now under $3,000 and has finally reached the $50,000 mark, which is what some analysts are saying that Bitcoin will explode and enjoy bullish speed, given the large number of institutional investors and traditional banking institutions entering the crypto space recently. 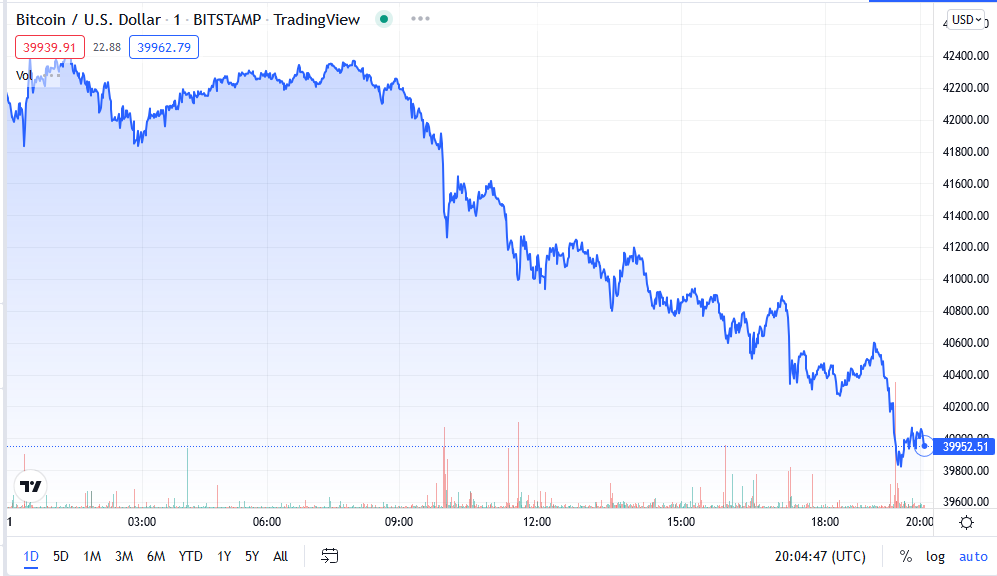 If the bitcoin price reaches $50,000 it will be the first time such a thing has been accomplished since December of last year. Within the first few months of 2019 the asset started to recover and it wasn't long before Bitcoin experienced a strong recovery that left many investors breathing a sigh of relief.

It can be said that the current situation is not much different, at the end of 2021 / beginning of 2022 Bitcoin started to suffer greatly, especially after it recorded a new all-time high at $68,000, and it fell sharply and traded for nearly half of that number in January and February of this year, now the coin appears to have added another $10,000 to its price and is likely to swing again in the spotlight.

One analyst says FOMO or fear of missing out will drive bitcoin higher, and believes that Ethereum (the second largest cryptocurrency by market cap and the number one competitor to bitcoin) will face some “supply pressure” or shortage that could push the asset to new heights. .

Bitcoin is up around 25% in the last 10 days, breaking the $35,000-$45,000 range it has been deposited since January, and is now approaching the important $50,000 level, if it also rises by this major price tag, we expect the bullish trend to become The current is very charged.

will it become Ethereum rare coin?

In terms of supply pressures, data indicated that a large amount of Ether tokens that support the Ethereum network have been burned, so there are much fewer to trade, and it could give the asset a new level of scarcity and boost its price sooner.

Contents hide
1 Bitcoin explodes again
2 Will Ethereum Become a Rare Currency?
Forex Brokers Offers
Your capital is at risk
The complete list of forex brokers
Trading with a regulated broker
Your capital is at risk
© All rights reserved 2022-2'13. ForexBrokers.ae - English Forex Brokers
Disclaimer: This page is for educational and informational purposes only. No trades are provided through the ones on this page. Despite this, ForexBrokers.ae takes great care in verifying the information it has on the site. However, the accuracy of this information cannot be guaranteed. Therefore, we recommend that you get advice from an independent financial expert. Trading in forex and binary options always carries some risk and is not recommended to all investors and traders. Before deciding to trade in foreign exchange, you must determine your investment goals, experience and your willingness to risk. You should know that there is a chance of losing all your first investment, so you should not invest in your money that you need. Read the complete citation