witnessed global oil markets A huge jump in its prices over the course of May trading, as US crude achieved a rise of 85% and Brent crude added gains of 41% in the largest monthly rise since 1990.

Prices are currently close to half of what they were at the beginning of the year, amid signs that the global economy is slowly moving towards a gradual opening after more than two months of closing, and data shows that demand for commodities is rising but slowly than expected.

Many major economies and many countries of the world are moving towards a gradual easing of the strict closure measures that were imposed to limit the spread of the virus and reduce the aggravation of the crisis, which would boost morale and raise hopes of reviving demand for crude oil during the coming period, especially since throughout the closure period it stopped Construction and industrial activities.

As the world returns to normal, Italy and Spain, which have faced some of the world's toughest restrictions since mid-March, are among the countries facilitating lockdown measures or setting a timetable for doing so, and some US states have also moved to ease lockdowns as businesses reopen. And unnecessary beaches in some parts of the country.

Optimism helped black gold post its peer-to-peer gains during the month of May, the highest since 1990, to bolster the argument that the worst is over for oil, given the fact that major oil producers are committed to cutting oil supplies in accordance with the last agreement that ended the price war. between Saudi Arabia and Russia.

members agreed OPEC And Russia, with the so-called OPEC Plus alliance, to reduce production levels by 9.7 million barrels per day, starting from May 1, and they also agreed that compliance would be strong and put an end to weak prices.

However, analysts believe that the coronavirus pandemic may cause some sustainable damage to the global economy, although hopes remain that activities will be boosted again as global economies pump new money into the financial system through quantitative easing measures, and following the outbreak of the Corona virus pandemic. Many developed and developing economies have announced billions of dollars in injections to get their economies back on a growth path.

Warnings of a decline in oil prices

On the other hand, energy experts warn that oil prices may fall again if a second wave of the pandemic occurs, which will raise virus cases and deaths, especially as governments begin to allow companies to reopen their doors and encourage people to move more freely.

Prices may also fall when the supply of more than 50 million barrels of Saudi crude oil rises to the United States in the next two months according to the OPEC Plus agreement. This supply could overwhelm storage facilities, pipelines and refineries, leaving little room for domestic production.

The International Energy Agency predicted last April that energy demand would fall by 6% in 2020, equivalent to 9.3 million barrels per day, seven times the decline that occurred after the global financial crisis of 2008, and despite these warnings, oil prices ignored them and continued to rise strongly. .

While analysts expect demand rates to decline by about 20 million to 25 million barrels per day in the second quarter, to reach 9.2 -10.6 million barrels per day by the end of the year, and these expectations are attributed to the slow opening of major economies and the risks of a second wave and a possible return of Covid 19 in the winter. 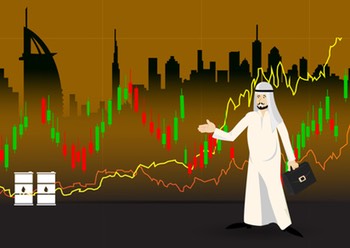 Oil news
Oil prices continue to decline despite the decline in US oil inventories
7 June, 2017
0