Gold prices resumed recording its losses during trading today, Wednesday, in the European session, after stopping yesterday, rebounding from its lowest levels in two months. These current losses come due to the continued rise of the US dollar for the fourth consecutive day against many other major currencies. Its last meeting was held in the middle of last month.

Gold prices rose yesterday, at the close of trading on Tuesday, by 0.3%, recording the first daily gain in four days, to rebound from its lowest level in two months at $1218.54 an ounce.

Over the course of last week’s trading, gold prices incurred losses by about 1.1% for the third week in a row, and throughout June’s trading, gold lost about 2.1%, after the Federal Reserve’s decision to raise interest rates for the second time in a row.

During today's trading, the US dollar index rose by more than 0.3%, recording the fourth consecutive daily gain and its highest level in a week, to trade at 96.22 points, which reflects the increase in US dollar buying against other currencies, which constitutes negative pressure on gold and pushes it further down due to The inverse relationship between them being a commodity priced in US dollars.

Today, the US economy will release important data on factory orders for the month of May, and the Federal Reserve will publish the minutes of its last meeting, which was held in the middle of last month, and the meeting ended on raising interest rates by 25 basis points for the second time in a row to range between the level of 1.00%: 1.25%. In its closing statement, the bank indicated that the US economy is growing moderately and the labor market continues to be strong, and that the decline in inflation rates is only a temporary situation.

The bank agreed on the possibility of raising interest rates for the third time in a row during the next six months, and the bank also clarified the details of its plans to reduce its budget, which is currently estimated at about 4.5 trillion dollars.

The gold holdings of the “SPDR Gold Trust” fund, one of the largest gold-denominated funds, stabilized at their levels unchanged, bringing the total holdings at 846.29 metric tons, the lowest since last April 12. 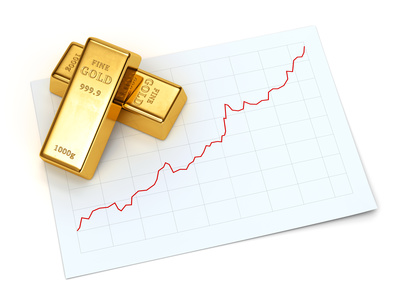