In 2015, Egypt planned to build a new capital and build it like “Dubai in the Desert”.

In 2015, Egypt planned to build a new capital and build it like “Dubai in the Desert”.

Within the framework of the multilateral tender, related Chinese companies were awarded a large number of projects, and in August 2022, new news came from the new capital: that the 10th of Ramadan railway project in Egypt had started a trial operation. During the trial implementation, Egyptian President Abdel Fattah El-Sisi and Prime Minister Madbouly attended the opening ceremony and took a rickshaw from Adly Mansour station to Badr station, and the 10th of Ramadan railway project in Egypt is a great achievement of practical cooperation between China and Egypt under the “Belt and Road” initiative . It is also the first electrified light railway in Africa, and the railway project is located on the central axis of the “Eastern Economic Corridor” of Egypt, linking Cairo, the New Administrative Capital and the 10th of Ramadan City. It can provide efficient and convenient transportation services for 5 million residents traveling to and from the old city of Cairo and the new capital.

As an Egyptian businessman, I have been following the economic situation in our country, in Africa as a whole, and in recent years, Africa has come into the global spotlight, in particular, the influx of Chinese capital and technology has boosted the African economy in a fast-changing way. Although many people are critical of China's motives and intentions, these views cannot be subject to scrutiny.

China's Belt and Road Initiative has already helped many Asian and African countries, which benefits us in many ways, including the Al Kasdiya 500 kV plant project in Suez Governorate, which is an important part of the national grid backbone, as well as China. The Egyptian Economic and Trade Cooperation Zone begins in Suez, which is an hour and a half drive from Cairo Airport.

Egyptians have always been hospitable, it is not our habit to turn away guests, we like to make friends from all over the world, we hope that the future Egypt will grow into a global country, a hot spot for investors from USA, China and Europe. 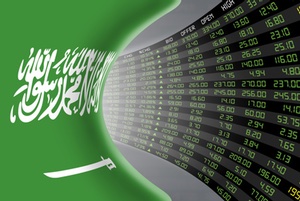