The European stock market is falling at the end of the week's trading, led by the mining sector, February 17

European stock market indices declined during morning trading on Friday, continuing their losses for the second session, approaching recording the first loss in three weeks, and these declines came led by the energy sector and commodity companies, in addition to the decline of car companies led by Volkswagen stock.

By 11:20 GMT, the Dow Jones Stoxx Europe 600 index fell by 0.8 %, and the index had closed yesterday’s trading, recording a decrease of 0.4 %, in the first loss in 8 sessions. Mining after recent strong gains.

The energy sector and commodity companies fell to be the biggest loser on the Dow Jones Stoxx Europe index, due to the decline in oil prices in global markets.

The mining sector continued its decline for the second day in a row, after it recorded its highest level since 2014, on Wednesday, and the sector's recent strong gains are due to the rise in copper prices.

Automakers fell, with Volkswagen's stock declining by 2.3 % after the company's sales fell in global markets during the month of January.

Futures contracts in the US stock market fell for the Standard & Poor’s 500 Index by 0.3 %, after the index ended yesterday’s trading on Wall Street, recording a decrease of 0.1 % in the first loss in 8 sessions, this came due to corrections and profit taking after the index recorded in the previous session The highest level ever.

Japanese stocks fell at the end of the week's trading

On the other hand, the Japanese stock market ended Friday's trading at the end of the week's trading, recording a decline in the second consecutive daily loss with the decline in the banking and financial companies sector, in addition to the continued bleeding of Toshiba's losses.

It is noteworthy that the Nikkei index had closed yesterday's trading, recording a decrease of 0.5 %, and the Topix index fell by 0.2 %, with the financial sector halting its rise, in addition to the decline in the shares of major export companies with the rise of the Japanese currency, the yen.

The banking and financial companies sector continued its decline for the second consecutive session, to be the biggest loser on the Japanese market indices.

Toshiba's stock declined for the fourth consecutive session, and lost more than 9 % during today's trading, in light of the company's delay in announcing its quarterly results, in addition to the increase in the value of assets scheduled to be written off to about 6.3 billion US dollars. 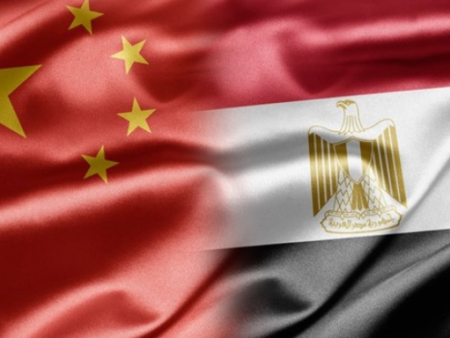 Stocks news
Egypt cooperates with China to achieve major leaps in the modernization of the new capital
16 August, 2022
0