Bitcoin continues to trade sideways this past weekend, with the cryptocurrency leaning towards potential losses as volumes dwindle on exchanges.

Bitcoin continues to trade sideways over the past weekend, with the cryptocurrency skewing potential losses as volumes dwindle on exchanges, but it managed to maintain the current level as a major support level, Bitcoin is currently trading around $23,000, and over the past week It recorded a decline of 3%.

Experts believe that the potential for a Bitcoin price rally will remain limited after the bullish reaction to the macroeconomic events of the past two weeks, Bitcoin and Ethereum are expected to trade in a tight range in the coming weeks with a short rally likely.

Recent price action can be translated based on three bullish macroeconomic factors: the Fed indicates less aggressive monetary policy, inflation may have reached a short-term peak, which is reflected in lower commodity prices, and in traditional markets there is a trend Possible bullish.

Why has Bitcoin soared in recent weeks? 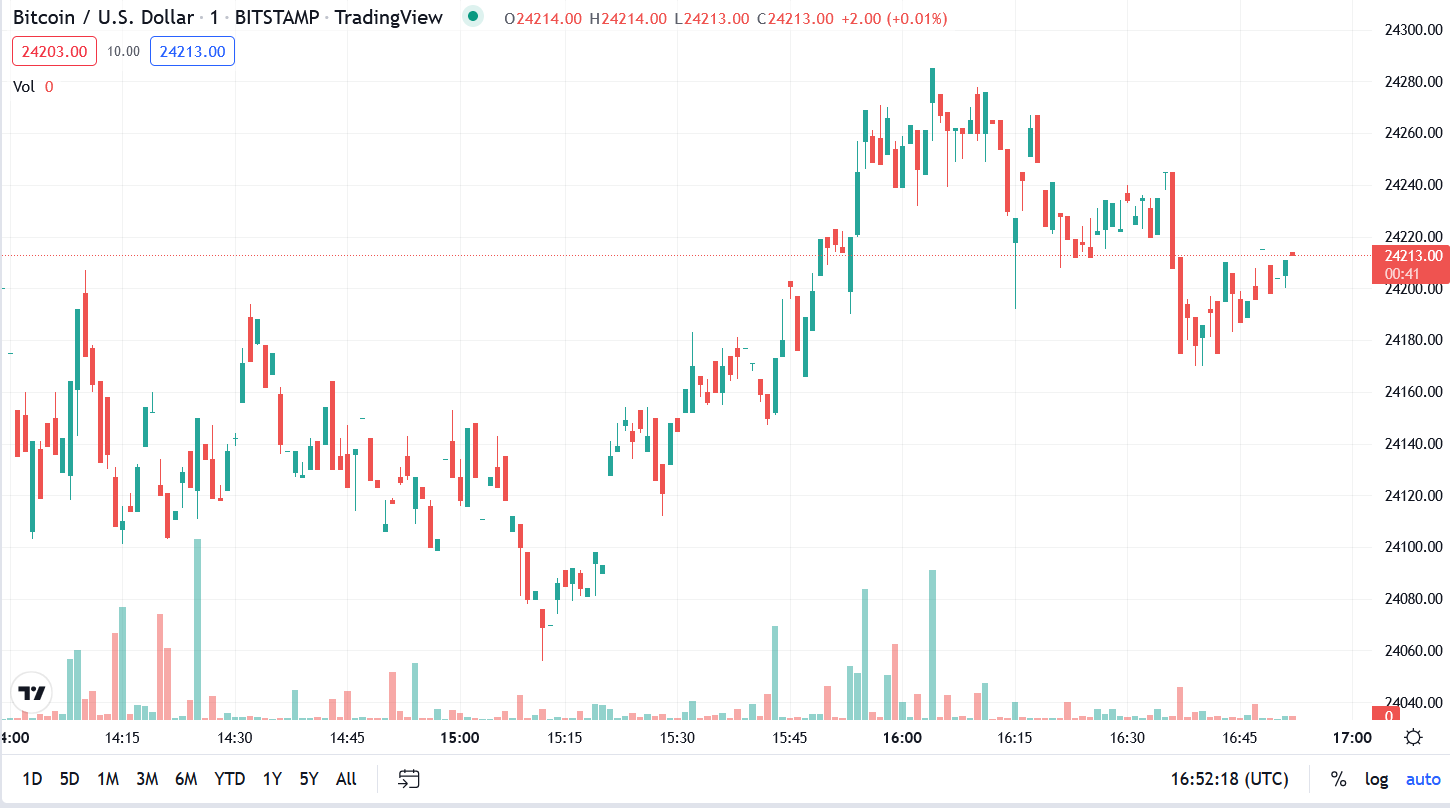 The price of Bitcoin was in free fall for most of 2022, as the contagion shook Cryptocurrency Markets Combined with broader macro concerns coupled with a weak geopolitical climate.

Bitcoin is not the only cryptocurrency to reverse the recent downtrend, Ethereum is the second largest cryptocurrency in the world even stronger than that, jumping due to the pairings from the date set for “The Merge”, and this indicates the long-awaited transition of the network from a proof-of-work mechanism to one Proof of the least energy consuming share.

Many attribute Bitcoin's rebound in recent weeks to investor optimism that inflation can be tamed. Federal Reserve Governor Christopher Waller commented on July 14 that the market was "kind of ahead of itself" when talking about an 1% rate hike, and Waller added, "I support another increase of 2%." 75 basis points.” Since then, optimism has started to creep in that the Fed's tightening will not be so severe, there is more certainty now in the expectations of the Fed tightening its monetary policy which is reflected in prices.

There are other factors beyond the Fed’s actions as well, over the past few months we have seen the collapse of several leveraged crypto funds and companies, which has led to successive waves of liquidations in the market, exacerbating the decline in prices.

In the past few months, we have seen the collapse of the Terra Blockchain and the bankruptcy of major crypto companies such as Celsius and Voyager, as well as the crypto hedge fund Three Arrows Capital. Eliminating these somewhat irresponsible behaviors from the system, some market participants are venturing into a "risk-on" situation.

Volatility and Bitcoin go hand in hand, but the price bounce came along with a similar drop in volatility, yet volatility remains high, and Bitcoin's volatility is known for sudden jumps. With the geopolitical climate continuing to be unpredictable and investors jittery, there is no guarantee that the market will remain relatively calm.

The big question for investors is whether this is a sign that the currency has bottomed, or prices are temporarily rebounding amid a long-term negative trend, only to resume the downward slide after that, in fact, it's too early to tell and the market is still waiting. The upcoming FOMC on July 26-27, until then, is unlikely to see any big moves as the market awaits a decision. Contents hide
1 Why has Bitcoin soared in recent weeks?
2 price volatility
Forex Brokers Offers
Your capital is at risk
The complete list of forex brokers
© All rights reserved 2022-2'13. ForexBrokers.ae - English Forex Brokers
Disclaimer: This page is for educational and informational purposes only. No trades are provided through the ones on this page. Despite this, ForexBrokers.ae takes great care in verifying the information it has on the site. However, the accuracy of this information cannot be guaranteed. Therefore, we recommend that you get advice from an independent financial expert. Trading in forex and binary options always carries some risk and is not recommended to all investors and traders. Before deciding to trade in foreign exchange, you must determine your investment goals, experience and your willingness to risk. You should know that there is a chance of losing all your first investment, so you should not invest in your money that you need. Read the complete citation