Oil prices rise, recovering part of its losses, after US stockpile data 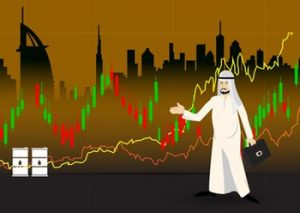 Crude oil prices rose during trading today, Wednesday, to compensate for a large part of its losses witnessed yesterday, and this came after it found support from unofficial data, which showed that crude stocks in the United States decreased to their lowest level in nearly three months, and this is waiting for investors later today. Official data due to be released by the US Energy Agency.

It is noteworthy that crude oil "June Delivery" had ended yesterday's trading, recording a decrease of 0.7 %, due to growing concerns about oversupply in the United States.

In unofficial data, the American Petroleum Institute stated yesterday that crude stocks in the country decreased during the past week by about 5.8 million barrels, while experts’ expectations were indicating a decrease of 1.8 million barrels, and according to this data, total stocks amounted to 547 million barrels, which is less level since the week ending on the twenty-fourth of last February, in a positive sign that confirms the improvement in demand levels in the largest oil consumer in the world.

At 14:30 GMT, investors are awaiting the official data on stocks, which is scheduled to be released by the US Energy Agency, and expectations indicated a decrease of 2.0 million barrels, the fifth consecutive weekly decline.

As for oil production in the United States, it reached 9.29 million barrels per day in the week ending on the twenty-eighth of April, which is the highest level of production since August 2015.