Gold prices stabilize at three-week high ahead of Yellen's comments

Gold prices traded in a limited range during trading today, Thursday, in the European session, to settle trading near its three-week high recorded yesterday. for the future of monetary policy this year.

Reversing gains by about 0.4% in the sixth consecutive daily rise, recording the longest daily wave of gains since mid-January, as it recorded its highest level in three weeks at $1,251.18 per ounce. These large gains made by gold during that period come at the expense of The sharp decline of the US dollar against many other major currencies.

Janet Yellen folded an opening speech at the Federal Reserve's Community Development Research Conference in Washington, and Yellen is likely to talk about the future of monetary policy this year and the timing of raising interest rates this year, especially after the bank raised interest rates during its mid-day meeting. This month. 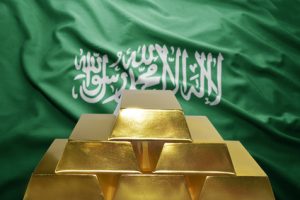 Inflation rates for the target percentage of the bank.

in new home sales for the month of February.

Yesterday, the gold holdings of the “SPDR Gold Trust” fund, one of the largest global gold-backed funds, stabilized unchanged, leaving the total holdings at 834.40 metric tons.

Contents hide
1 Gold prices ended their session yesterday
2 It is scheduled to deliver the principal of the Federal Reserve Bank
3 in new home sales for the month of February.
4 Best forex company
Forex Brokers Offers
Your capital is at risk
The complete list of forex brokers
Trading with a regulated broker
Your capital is at risk
© All rights reserved 2022-2'13. ForexBrokers.ae - English Forex Brokers
Disclaimer: This page is for educational and informational purposes only. No trades are provided through the ones on this page. Despite this, ForexBrokers.ae takes great care in verifying the information it has on the site. However, the accuracy of this information cannot be guaranteed. Therefore, we recommend that you get advice from an independent financial expert. Trading in forex and binary options always carries some risk and is not recommended to all investors and traders. Before deciding to trade in foreign exchange, you must determine your investment goals, experience and your willingness to risk. You should know that there is a chance of losing all your first investment, so you should not invest in your money that you need. Read the complete citation