Gold prices fell to their lowest level in three weeks, in light of the rise in the dollar

Gold prices fell slightly during trading today, Wednesday, in the European session, to trade near the lowest level in three weeks recorded yesterday, due to the rise of the US dollar against a group of other major currencies. It provides indicators about the future of monetary policy during the coming period.

At the conclusion of trading yesterday, gold prices settled without any change, trading near its lowest level in three weeks at 1251.89 dollars per ounce, which was recorded earlier in trading, and gold managed to reduce its losses after the decline in the yield on US 10-year bonds.

During today's trading, the US dollar index headed in the bullish direction to achieve gains by more than 0.3%, reclaiming its losses recorded yesterday, to reflect the increase in the US dollar's purchases against other major currencies, which negatively affected the gold levels and forced it to retreat due to the inverse relationship between them.

The US economy is scheduled to release later today, important data for the industrial sector 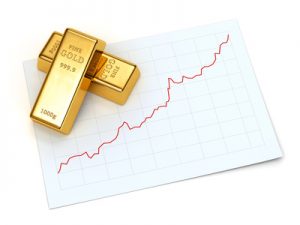 The Federal Reserve will also issue the decisions of its meeting held since yesterday, at 18:00 GMT, to discuss the appropriate monetary policy for the situation of the US economy, and expectations indicate that the bank will remain on interest rates at their current levels unchanged at 0.75%-1.0%, and investors await details of The monetary policy that the bank will issue to know the future of interest rates during the current year, especially after the bank confirmed the possibility of raising interest rates three times during the current year.

Gold holdings of the “SPDR Gold Trust” fund, one of the largest global gold-backed funds, remained unchanged for the third day in a row, bringing total holdings at 853.36 metric tons, the lowest since April 18.