Bitcoin price continues its upward march as it rose strongly, approaching its 2019 peak, which it recorded earlier above the $12,000 level, amid expectations of increases to new annual levels.

Bitcoin ended the month of July with some worrying bearish moves due to the growing regulatory concerns about the cryptocurrency that Facebook intends to launch, Libra, which raised fears of major countries and governments from exploiting it in illegal activities, but it is currently approaching a new bullish indicator, after It went through another rapid growth spurt during the month of June and has once again returned to a trading pattern that adds hundreds of dollars to the price. 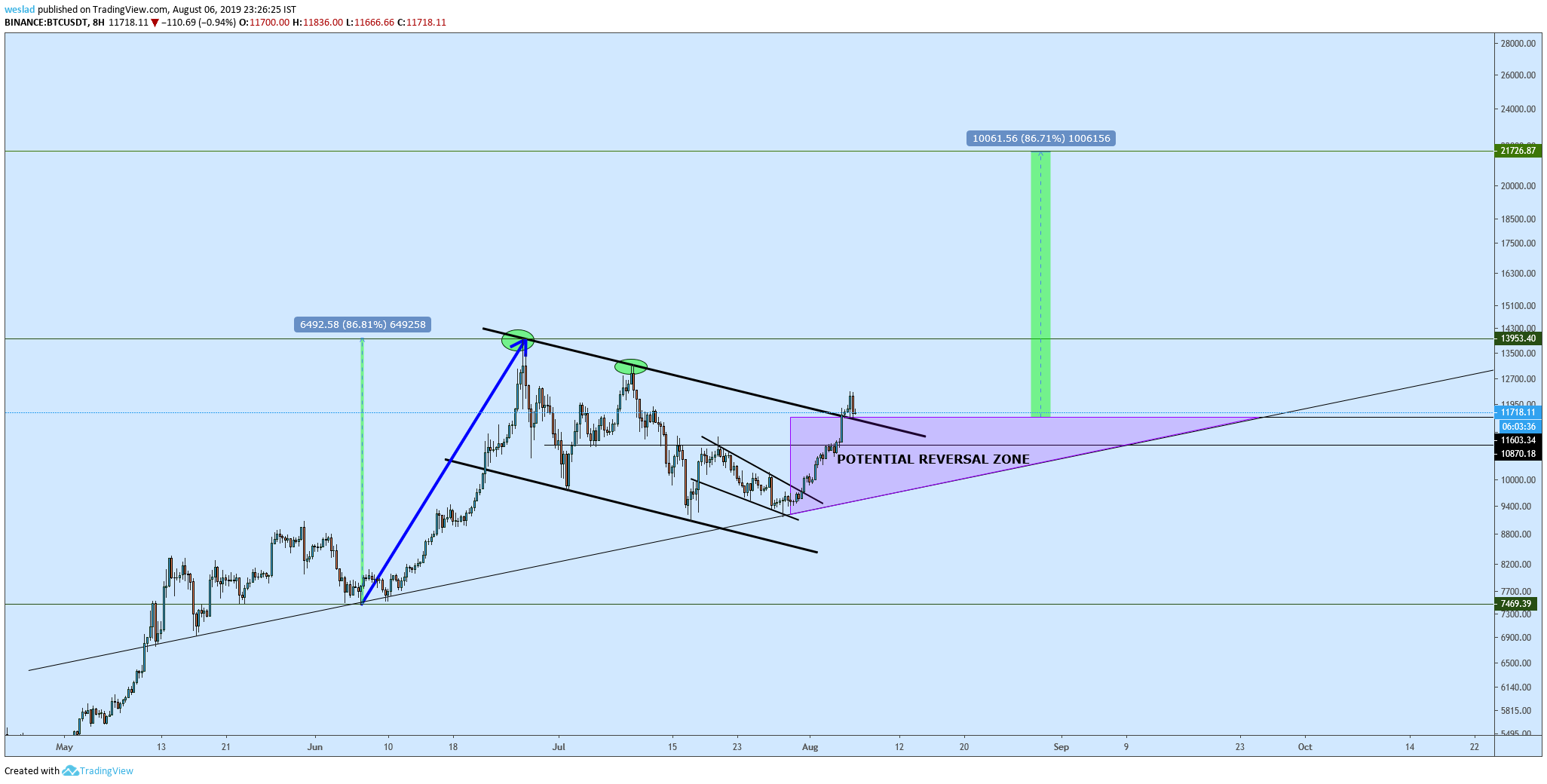 Bitcoin supported a series of factors that led to expectations of setting new records this month:

1. The Chinese Trade War: The escalation of the trade war between the US and China is a factor that pushes investors to buy bitcoin as a hedge against risk, in addition to that, the fall in the exchange rate of the Chinese currency yuan has led to investors getting more bitcoin.

2. More mining miners: Mining surged significantly to near its peak values for several days, expectations are that there are many new miners joining recently as well as retailers, increasing mining is also a sign of confidence in Bitcoin and gains are only in the short term Therefore, mining is profitable for bitcoin in the short term.

4. Failed Altcoins in height: Altcoins are still very stagnant and bitcoin is the only currency that is moving actively enough, bitcoin is regaining strong interest from everyone, and Square's latest quarterly report shows that Cash App showed a surge in bitcoin purchases.

Despite those strong gains, Bitcoin remains largely unanticipated, and the current bullish move does not guarantee an uptrend. There are reasonable expectations that there will be enough traders to boost the price with a new high for 2019 expected at around $15,000.