The entire crypto industry managed to enter a new phase full of optimism during the past few days, after a long period of consolidation of Bitcoin below the $8,000 level, it was able to get more support and increase purchases to exceed the psychological support level of $10,000.

Bitcoin failed to hold above that barrier in just three days with a gain of 25%, drawing more bulls into the market who flocked based on Bitcoin expectations.

It should be noted that the rise of Bitcoin this time depends on a very specific fundamental factor which is the unexpected change in the position of China regarding the blockchain industry, and the pressure on Libra. 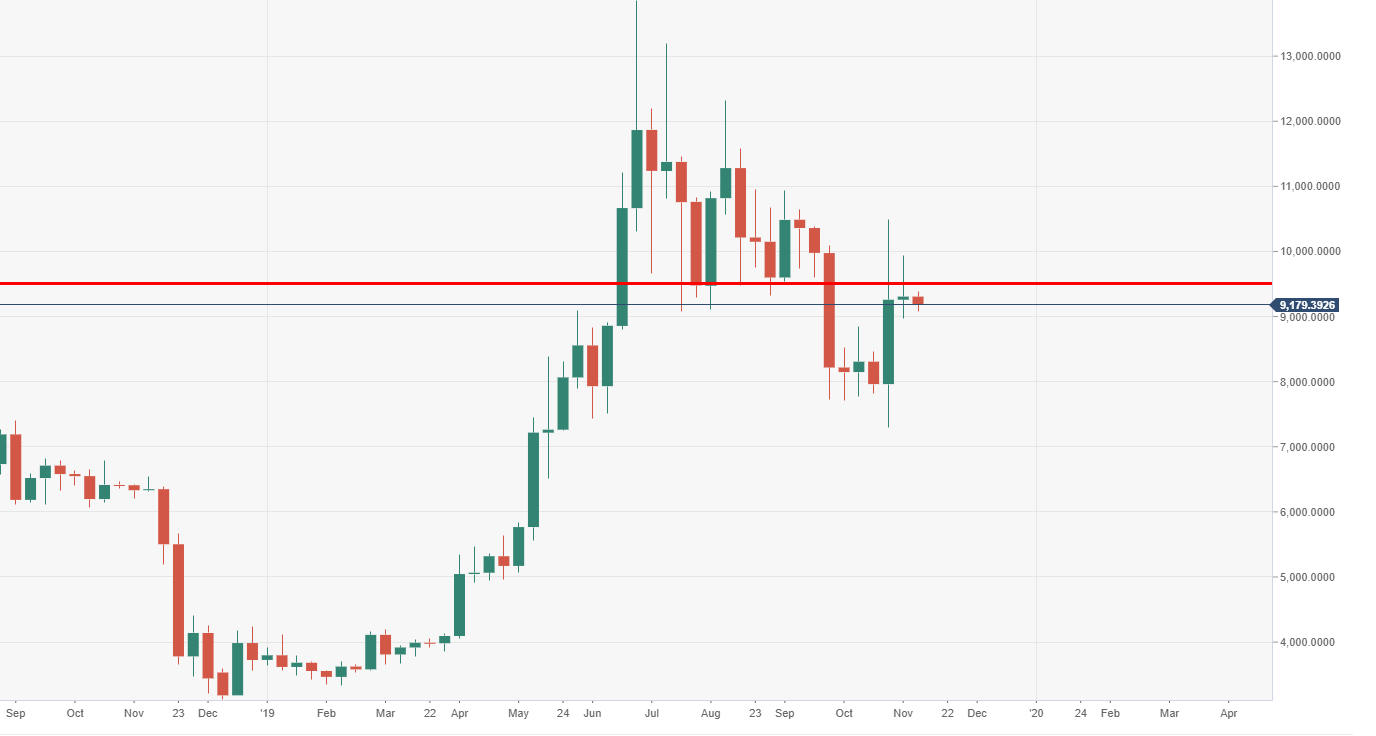 Since the strong rise of Bitcoin and its rapid decline above the psychological support level of $9,000, it has been trying to form a stable trend, and despite this decline, it achieved its first monthly rise in four months over the course of the month of October, with gains amounting to about 10.25%.

Following the Chinese president's positive comments on blockchain technology, the Standing Committee of the All-China Representatives Council passed the first encryption law in the country's history that is based on the standardization of encryption applications and encryption management process. The encryption law will take effect on January 1, 2020. Experts believe that the adoption of This law is a clear prerequisite for the launch of the country's sovereign digital currency by the People's Bank of China in the near future.

It is worth noting that the market reaction to Xi Jinping’s speech in support of the blockchain technology behind the cryptocurrency has more than doubled the number of searches for bitcoin by about 12 times. Moreover, shares of blockchain companies in China rose by 10% amid Expectations of capital inflow into the crypto sector.

The main conclusion that can be drawn from Bing's speech is that cryptocurrency legislation in China will be implemented as early as next year, and transactions with digital assets will be exploited to become legal.

The change in Beijing's position not only inspired traders, but also greatly improved the fortunes of Bitcoin. Market participants hope that China will set an example for other countries and regulators. In other words, Bitcoin, which is still highly criticized by state institutions, has become an asset of transparency. increasingly reliable in financial markets, and may eventually prove to be a worthy competitor to traditional payment methods.

Apparently, the interest in the Bitcoin industry in 2020 will only increase if China continues its stance towards the cryptocurrency and blockchain industry, and it is likely that Bitcoin will have new opportunities to reach new highs.