Bitcoin Could Restore Strongly $10,000 Amid Fears of Selling Pressure

Cryptocurrencies have enjoyed a return to the psychological support level of $10,000 that they reached in the last few weeks, as the prices of Bitcoin and other well-known blockchain-based assets managed to rise, which resulted in increased media interest and expanded growth in trading volumes. XM And that with the fading of the negative effects of the titles of regulatory scrutiny.

In the past week, the cryptocurrency field has been under attack from global officials who insisted that the sector should be brought under more scrutiny, including several US government officials represented by Federal Reserve Chairman Jerome Powell, US Treasury Secretary Steven Mnuchin and even the US President “Donald Trump” who have expressed concerns about cryptocurrencies including Bitcoin and Facebook’s Libra. 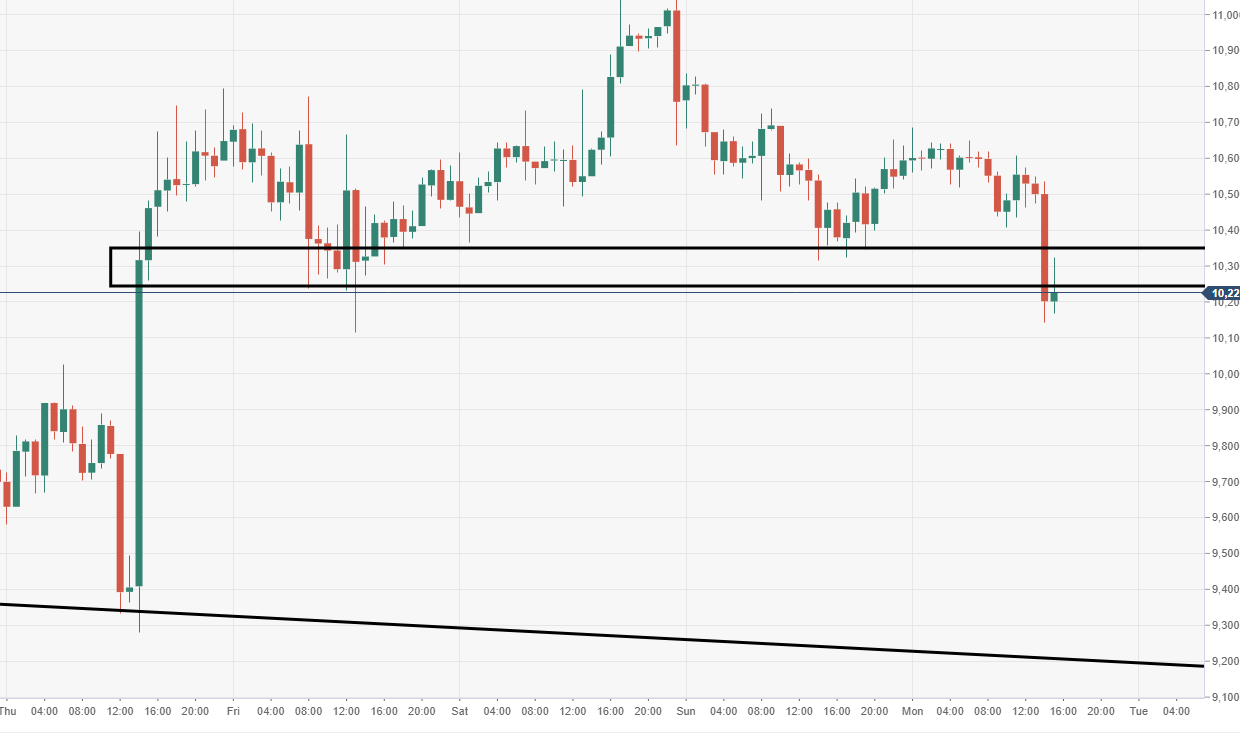 Despite the G7's insistence that cryptocurrencies like Libra need to be regulated as strict as possible or Mnuchin's assertions that very strong regulations would ensure that altcoins are not allowed for illegal purposes, analysts say that despite negative comments made about cryptocurrencies, the It also brings legitimacy to the crypto industry, especially since these statements did not provide any indication that the US is planning any drastic steps towards actual cryptocurrencies.

Early Sunday yesterday, Bitcoin surged again to $11,000, but only stayed for a few hours before dropping to intraday lows below $10,400.

Throughout the trading week last week, the bitcoin currency managed to achieve gains of about 4%, recording the second consecutive weekly rise in three weeks.

Bitcoin fell to its lowest level in a month due to the uncertainty about the increasing regulatory matters in the United States, especially after the harsh criticism from some American financial founders.

The US Congress held several sessions with the aim of discussing the future of cryptocurrencies, specifically the Facebook Libra cryptocurrency, and opinions differed among members of those who supported it and strongly rejected it.

The digital markets are waiting to find strong market supportive catalysts that will increase the demand for buying cryptocurrencies and that will push Bitcoin higher to reach the next psychological support level of $11,000.

It is possible that Bitcoin will face selling pressure during the coming period, but if it reaches the $11,000 level and is breached, it is expected to continue its positive trend and may reach historical levels, but in the event of failure to continue this momentum, it is likely to fall to Below the $10,000 level.