Bitcoin continues to make consolidation in the last days of this year, rising above the $7,500 level late Sunday, only to take another step the next day and drop quickly to trade near the $7,200 level.

Some believe that the inability of Bitcoin FP Markets Maintaining any significant bullish momentum indicates fundamental weakness among buyers and may also indicate that further losses are imminent.

It is important to note that Bitcoin is still stuck in a steady downtrend, with one analyst noting that Bitcoin will not be able to generate any sustained momentum until it crosses the $7,800 level.

2019 has been a mixed year for the crypto market, with some digital assets being bearish while others strangely bullish, and for bitcoin the downtrend has been predominant this year. 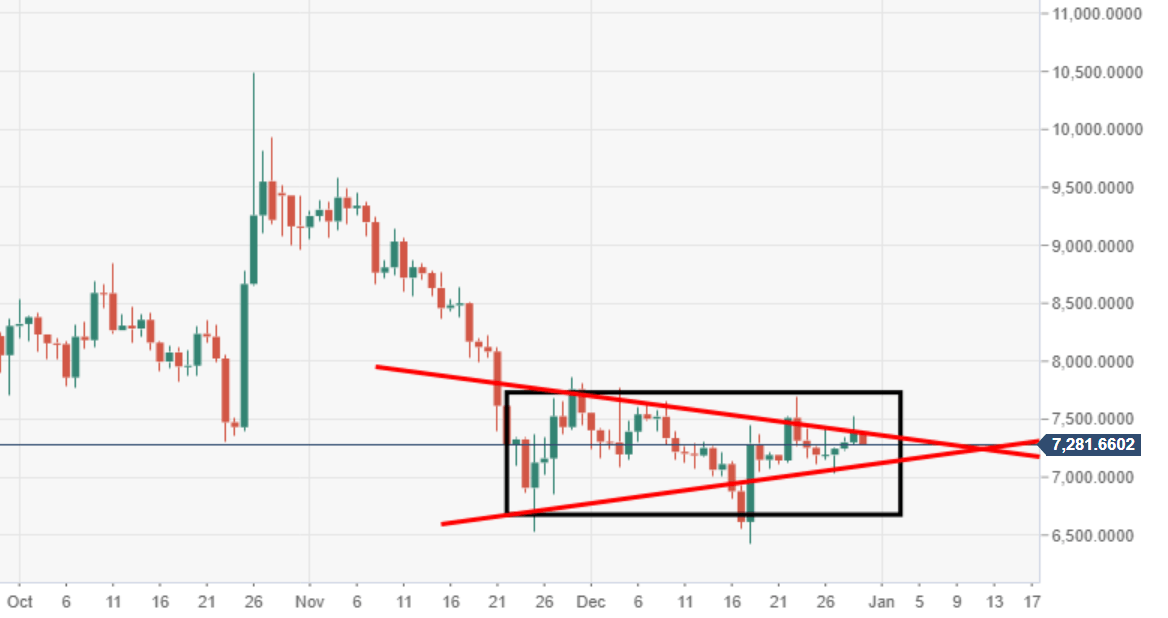 Despite the bearish sentiment that dominated most Bitcoin prices this year, Bitcoin has outperformed strongly in three metrics this year which are the volume of transactions in US dollars, the number of Bitcoin transactions and the hash rate.

Over the course of the entire year of 2019, all three metrics posted new numbers significantly outperforming their previous performance, and interestingly enough, they surpassed the numbers of 2017, when bitcoin hit all-time highs, and this supports the theory that bitcoin price movement is not the ultimate indicator of bitcoin's overall health. .

It is notable that the Bitcoin network moved more value in US dollars than at any time this year, including a surge of more than $4 billion in a single day at the end of July, which coincided with a mass exodus from the derivatives exchange. BitMAX.

Data shows that the Bitcoin network processed more transactions in 2019 than any other year, and according to the data, May 2019 was the busiest month ever for the crypto market, reaching nearly 12 million transactions, December comes 2017 ranked second with more than 11 million transactions.

The hash rate is a key indicator of how much energy miners have the ability to dedicate to processing transactions, and according to 2019 reports, the Bitcoin hash rate continues to rise to new levels, despite the Bitcoin price drop and thus the company's profitability.