Optimistic forecast for Bitcoin price in 2020 despite the current confusion

The end of the year for the price of bitcoin is not at all in the way crypto enthusiasts expected, although it has made gains since the beginning of the year so far, almost 90% higher than it was a year ago.

The fluctuations still dominate the performance of the Bitcoin currency during the last period, as it trades between the ranges of $ 7000 -7500 $ clinging to the psychological support level of $ 7000, in June and October this area was a big support but now it has become a serious resistance area.

Cryptocurrency investors XM Arabia Mixed feelings full of anxiety and anticipation for more positive motives that support currency prices higher, especially after the intensification of the large selling operations that dominated digital currencies in November, which led to the decline of the bitcoin currency near the level of $ 6000, affected by the tightening measures taken by the Chinese authorities towards Cryptocurrency exchanges, as well as the exodus of miners, helped create a perfect storm. 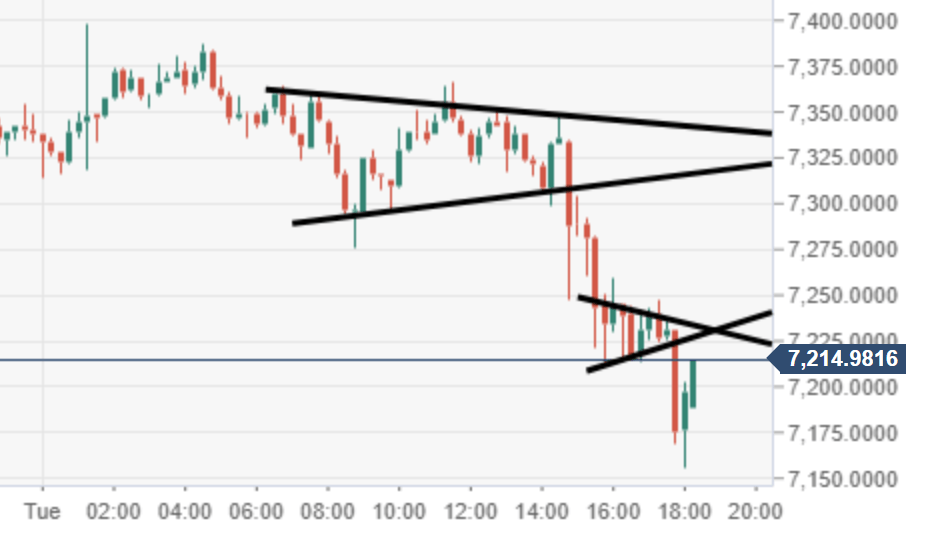 The situation in the cryptocurrency market remains frustrating and the outlook for Bitcoin is confusing, especially since market analysts have no idea which way the price will move. They are trying to spread fear through brutal moves around the major turning points, although these moves were aggressive with the sole purpose of getting rid of the retail speculators and discouraging speculators to buy, at a time when Bitcoin is likely to see a major breakout towards the $8000 level.

Bitcoin will soar next year

Bitcoin futures are currently doing well, contract prices are expanding while the underlying asset Bitcoin is trading in the $7,000 range, in the past few days it has managed to expand by another $200, but Bitcoin is still much lower than it was a month ago.

However, futures continue to challenge Bitcoin's prospects, a positive sign that Bitcoin is likely to head further into bullish territory next year.

From the end of November to the beginning of December, the price of Bitcoin futures increased by 30%, while the price of the coin fell by 6%.

It seems that 2020 will be a very positive year for Bitcoin, because the next halving is expected to occur next May, which means that the price is likely to rise as it did in the last halving, as analysts have noticed significant upward changes in its price and many believe that this Time will not be different.

In addition, 2020 is the year of the US presidential election. In 2016, the year in which “Donald Trump” took over the presidency of the United States, Bitcoin saw a rise above $ 1,000 for the first time in nearly three years, so a big change is expected in Bitcoin. .