Bitcoin falls back after failing to cross the $40,000 level

Bitcoin price headed lower again to a low of just over $37,000, as on-chain data indicates that coin holders have started selling some of their holdings.

Bitcoin price headed lower once again to a low of just over $37,000, as on-chain data indicates that coin holders have started selling some of their holdings, after the price crossed the $40,000 mark.

The leading cryptocurrency continues to gradually lose its value with another drop in price to around $37,000, most altcoins are also suffering with Ethereum dropping below $2,400 and Binance (BNB) close to dropping below $350.

The leading cryptocurrency has generally fallen over the past three months, after hitting an April high near $65,000, dropping to its current price of $39124.35. 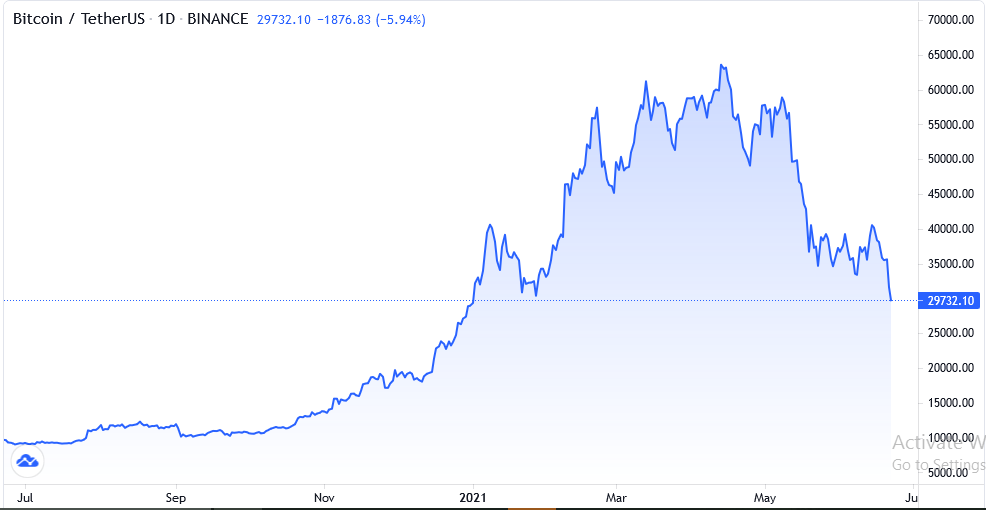 Just a few days ago, the situation with the primary cryptocurrency looked even more promising, with the asset rising above $40,000 for the first time in nearly a month and touching the $41,000 level.

However, the coin failed to sustain the high price streak and started to lose steam rather quickly, dropping below $40,000 initially, but the bears continued to pressure, bringing another drop to around $37,000 during today's trading.

Although the cryptocurrency initially bounced back to the $40,000 level, it reversed course again, this time with the decline being even worse as Bitcoin slumped to just over $37,000.

Although a few hundred dollars have since recovered, Bitcoin's market cap is struggling to stay above $700 billion, but its dominance is still around 45%.

Over the past weeks, the most popular cryptocurrency has rebounded sharply after testing the lower 30K area several times, as the selling appears to have been exhausted, meanwhile, there have been a number of positive catalysts such as the new purchase by MicroStrategy, and El Salvador's acceptance of the leading cryptocurrency. As legal tender and positive comments from Paul Tudor Jones and Elon Musk.

The most recent of these developments included Musk's announcement on Twitter that Tesla will resume allowing bitcoin transactions when there is confirmation of the use of clean energy by miners with a positive future trend.

The leading cryptocurrency traded above $37,000 after failing to push the coin to $40,000, due to a strong rally in the US dollar. Interest rates sooner than expected.

Not all news is bad for the currency, as the Reserve Bank will act early due to increased inflation, and the digital currency is likely to be propped up in an inflationary environment.

Bitcoin gained significant adoption during 2020 and the beginning of this year, with traditional banks and institutional investors entering the market in droves, however, there is still an ongoing debate about Bitcoin's status as an asset class.

Despite the debate over the digital currency and its status as an asset class, its price has risen since it was first launched in 2009, the increase in value coming despite sporadic bear markets like those in 2018 and 2019.