Bitcoin crosses the $50,000 mark as most cryptocurrencies rise

Bitcoin once again crossed the $50,000 level during Thursday's trading, as all major cryptocurrencies surged

Bitcoin once again crossed the $50,000 level during Thursday trading, with all major digital currencies rallying strongly including Cardano which traded above $3 for the first time.

In fact, many analysts believe that the recent rise in cryptocurrencies has come as investors are increasingly concerned about the rising threat of inflation, and many of them fear that the authorities have downplayed the problem, as cryptocurrencies, especially Bitcoin, are seen as a kind of hedge against inflation. In recent months, consumer prices have risen.

The total cryptocurrency market cap has risen to $131 billion for the period since Monday and now stands at $2.22 trillion. 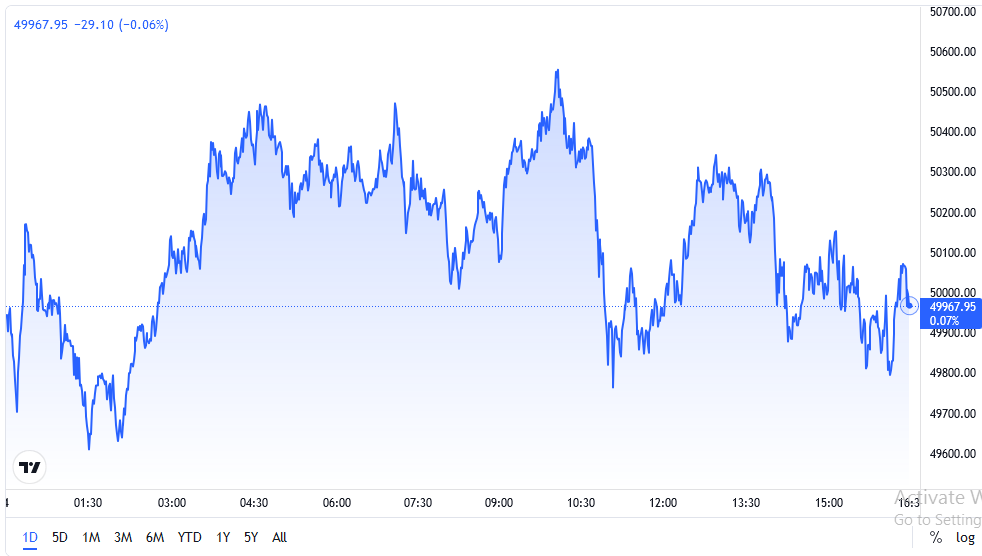 finished digital currency It started last week with a loss of about 1.2% in its first weekly decline in five weeks, however, it is worth noting that the bulls managed to avoid a break below the $46,500 level.

Last Monday, Bitcoin corrected to $46,965, and continued its bullish momentum on Tuesday, August 31st to trade above $48,000, ending the first crypto month of August with a gain of 12.6%.

Midweek trading started on Wednesday with a drop to $46,500, but the bulls were quick to respond and defended the support line, with the coin rising by 3.7% and closing the day at $48,850, what we saw on Thursday is a strong reversal to the upside as it trades The price is around $50,000.

Digital assets could replace cash in the next five to 10 years, 65 % business executives believe that digital currencies should be adopted as a means of payment.

The latest survey shows that digital asset adoption is widely expected, 43% of respondents asserted that implementing digital central bank currencies would help companies defend “data collection by private companies,” 41% asserted that it would provide “new payment innovations.” Moreover, 81% of them claims that the blockchain technology is widely scalable and has achieved mainstream adoption.

Despite this, the creation of financial platforms for digital assets for existence and transactions raises concerns for both banks and regulators, however, participation in the era of digital assets is “inevitable”, as banks are forced to accept these new definitions of economic value, due to the uptake of Wide and growing number of investors.

Contents hide
1 Bitcoin monthly gain over 12%
2 Digital assets can replace cash
Forex Brokers Offers
Your capital is at risk
The complete list of forex brokers
Trading with a regulated broker
Your capital is at risk
© All rights reserved 2022-2'13. ForexBrokers.ae - English Forex Brokers
Disclaimer: This page is for educational and informational purposes only. No trades are provided through the ones on this page. Despite this, ForexBrokers.ae takes great care in verifying the information it has on the site. However, the accuracy of this information cannot be guaranteed. Therefore, we recommend that you get advice from an independent financial expert. Trading in forex and binary options always carries some risk and is not recommended to all investors and traders. Before deciding to trade in foreign exchange, you must determine your investment goals, experience and your willingness to risk. You should know that there is a chance of losing all your first investment, so you should not invest in your money that you need. Read the complete citation