Forex news and the most important events on the economic calendar this week, March 6 to 10

Investors are awaiting a set of the most important forex news that is likely to affect the performance of the financial markets during the next week. There are data released by the United States, the most important of which is the jobs report for the month of February, which will determine the Fed’s direction to raise interest rates during the current month, but on Thursday, investors’ attention will turn to The euro area, where the European Central Bank is expected to leave its decision on interest rates and Mario Draghi’s speech, through which the markets will try to learn about the future of the monetary stimulus program in the region, and in another place it is expected that China will publish its foreign trade figures and the results of consumer and producer prices to measure inflation rates, which is an indicator to identify The extent of the strength of the Chinese economy, and Britain is scheduled to release its industrial production data, which may bear indications about the continuing effects of the British exit on the national economy, while in Australia, the results of the Australian Reserve meeting on its monetary policy are expected, and below we list these events with some details:

1- US non-farm payrolls data for February

One of the important forex news is that the US Department of Labor will publish data on non-farm jobs next Friday at 13:30 GMT, and the numbers are expected to reveal a growth in the number of jobs by about 190 thousand new jobs after January achieved an increase of 227 thousand jobs The unemployment rate is likely to decrease around 0.1% to reach 4.7% and the average hourly wage is expected to rise by 0.3% after it recorded a slight increase by 0.1% in January.

Most of the data and reports issued by the United States are gaining the attention of the markets and investors, so it is expected that several US data will be released on this week's agenda, including factory orders, import prices, foreign trade statistics, weekly jobless claims, and the Automatic Data Processing report on private sector jobs data.

2- The European Central Bank meeting on its monetary policy

The European Central Bank is expected to issue its decision on interest rates during its meeting scheduled for Thursday at 12:45 GMT, and the interest rate is likely to remain unchanged despite the recent data that supports high growth and inflation rates, and following the decision, its President Mario Draghi will hold A press conference in which talk about reducing the bond purchase program is likely to be avoided. The polls also suggest that the central bank will refrain from adopting loose monetary policies during this year and the beginning of next year.

3- China trade data for a month 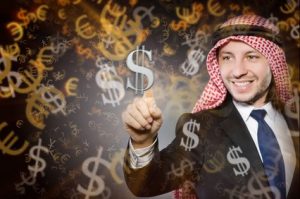 The markets will be on the date of the release of Chinese foreign trade data for the month of February during this week on Wednesday at approximately 03:00 GMT, and the numbers are expected to reveal a decline in the value of the trade surplus to record $25 billion, after it achieved a surplus of $51.4 billion in January, Where exports are expected to rise by 10.0% compared to the previous month when they rose by 7.9%, while imports are likely to rise by 20.3% after achieving an increase of 16.7% in January.

It is worth noting that the Chinese economy grew at a rate of 6.8% during the last quarter of 2016 driven by increased government spending and higher lending, but it is still facing deflationary fears due to slowing real estate market growth and possible protectionist measures by the United States.

The British Office for National Statistics is scheduled to publish the manufacturing production data for January on Friday at 09:30 GMT, which is likely to record a decline of 0.5% compared to the increase achieved in December by 2.1%, and industrial production is also expected to decline by about 0.3% after rising by 1.1% in December.

While the Bank of England had raised its expectations for growth and inflation rates, it did not give any indication about the possibility of raising interest rates during the coming period.

5- The Australian Reserve Board meeting on its monetary policy