Forex news and the most important economic events released this week, February 20 to 24

During the next week, we will be waiting for the release of a number of important forex news, represented by reports and data that are expected to have the greatest impact on the performance of financial markets, from which we monitor the most important five events. The date of the next interest rate hike, and US home sales data will also be released, which will measure whether the rise in consumer spending and inflation has in turn included a rise in home prices and sales, and in the United Kingdom, British growth data is expected to follow up on the impact of the separation from the European Union on the economy As for the eurozone, we will be on the date of the PMI report for the eurozone, which will provide indications about the strength of the manufacturing and services sector in the region, and in Canada, retail sales and inflation data will be released, which will give indications about the strength of the Canadian economy. We will cover these events this week in some detail:

One of the expected forex news is that the Federal Reserve will publish the minutes of its last meeting, on Wednesday, at 19:00 GMT. To raise interest rates, however, it gave an optimistic view of the state of the US economy, and Federal Reserve Chair Janet Yellen supported market expectations regarding the imminent date of raising interest rates, when she testified about the state of the US economy before Congress last week when she stated that if interest rates are kept low for a long time, she will The consequences will be negative for the economy, and a number of Federal Reserve officials are expected to deliver speeches during this week in search of more strong indications about when to raise interest rates. 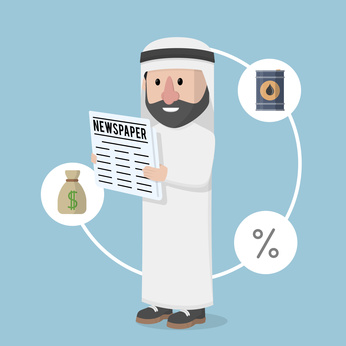 2- US home sales data for January

January Existing Home Sales data from the National Association of Realtors is due on Wednesday at 15:00 GMT and home sales are expected to rise by 0.1% after falling by 2.8% in December, new home sales data will also be released In January, the US Department of Commerce announced on Friday at 15:00 GMT that we are expected to see a jump in its sales to reach 7.2% by about 575,000, after it fell by 10.4% in December.

It is also expected to release some other US data, including weekly jobless claims and the revised reading of the Michigan Consumer Confidence Index, and the publication of some large retail sales centers of their profits such as Wal-Mart, Macy's, Home Depot and Kohls, and Tesla will publish its profits as well, and it is worth noting that the markets It will be closed on Mondays in the United States in observance of President's Day.

The British Office for National Statistics is expected to release the revised GDP report for the fourth quarter of last year on Wednesday at 09:30 GMT, and the report is expected to support the rise in the British economy’s growth rate during the fourth quarter by 0.6%, which indicates As for the continued strength of the British economy’s performance, this data is one of the most important forex news that directly affects the British pound’s trading. On an annual basis, the economy is expected to grow by 2.2%, as stated in the preliminary reading, and the Bank of England had raised its expectations regarding the rate Growth and inflation earlier this month did not provide any indication that interest rates would be raised.

We will be releasing preliminary data on the activity of the manufacturing and services sector in the euro area on Tuesday at 09:00 GMT, which is expected to record a slight decline, and France and Germany will publish data on their respective PMIs, and we remain in Germany where it is expected The release of Ifo business climate index data to measure the extent of German economic growth prospects, the euro zone will also release final reports on inflation and consumer confidence this week.

Canadian retail sales data for December is due next Wednesday at 13:30 GMT and speculations are that retail sales will rise by 0.1% and commodity sales will rise by 0.8%, consumer price inflation data for January will be released on Friday at exactly 13:30 GMT The figures are expected to reveal that inflation increased by 0.3% in January after declining by 0.2% in the previous month, and on an annualized basis the CPI is likely to rise by 1.6%.