Forex news and the most important economic events this week, March 13 to 17

The forex news this week is witnessing a week full of statements and decisions issued by the central banks of the major countries. Financial policy decisions are expected in the United States, Britain, Japan and Switzerland, as well as the meetings of the financial leaders of the Group of Twenty countries to discuss the challenges and conditions of the global economy and its future in In light of the volatile and ambiguous political conditions, the following are the five most important events that will occur next week.

Among the most important forex news this week, expectations indicate that the Federal Reserve will raise interest rates by a quarter of a percentage point at the conclusion of its monetary policy meeting on Wednesday at 19:00 GMT, and will also announce its future expectations regarding economic growth and interest rates, and after Statement Yellen will hold a news conference to discuss the Fed's decision.

In addition to the interest rate decision, the US economic data calendar for this week will contain some other data, including the inflation report, retail sales, building permits, initial jobless claims, industrial production and consumer confidence. 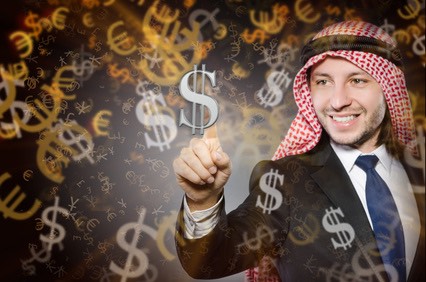 The Bank of England is due to announce its interest rate decision on Thursday at 12:00 GMT, which is expected to remain unchanged, and investors are likely to hold the position of BoE officials not to cut or raise interest rates until the Bank can determine if the economy is in good shape. Britain requires more monetary stimulus programs to increase the volume of demand after the low level of consumer spending or the economy needs to raise interest rates to curb the acceleration of high inflation.

After the Bank of England boosted its growth and inflation forecasts, it is likely to be slow in its decision to raise interest rates, as Prime Minister Theresa May prepares to formally enter the divorce process from the European Union at the end of this month.

When it releases its fiscal policy statement next Thursday at 03:00 GMT, the Bank of Japan is expected to keep interest rates unchanged at -0.1%, and is also expected to keep the target rate of the 10-year government bond program at 0%, with a commitment to buy bonds. After the release of the statement, the Japanese government is expected to net 80 trillion yen, with some recovery approaching, and Bank of Japan Governor Haruhiko Kuroda is scheduled to hold a press conference to discuss the decision.

The Swiss National Bank will release its assessment of fiscal policy during the fourth quarter of 2016 on Thursday at 08:30 GMT. Economists expect the bank to keep interest rates unchanged at -0.75%, and the SNB is likely to continue its intervention in rates Foreign currencies and the decline in the volume of demand for the Swiss franc. It is worth noting that the President of the Swiss National Bank has stated on several recent occasions that the franc is still significantly devalued and expressed his fear of the risks and political tensions that the European continent is going through during the post-Brexit and French elections. .

5- Meetings of the Group of Twenty

The meetings of the finance ministers and the heads of the central banks of the Group of Twenty countries are scheduled to be held in the German city of Baden-Baden next Friday and Saturday to discuss the conditions of the global economy. Free trade, and the draft statement of this week's forum revealed that financial officials may not declare their rejection of protectionist tendencies or intervention to devalue currencies, but they stress the need for an international trading system that is subject to fair foundations and standards.

Contents hide
1 1- Federal Reserve decision on interest rates
2 2- Bank of England decision on interest rates
3 3- Bank of Japan decision on fiscal policy
4 4- The Swiss National Bank’s assessment of fiscal policy
5 5- Meetings of the Group of Twenty
6 Best forex company
Forex Brokers Offers
Your capital is at risk
The complete list of forex brokers
© All rights reserved 2022-2'13. ForexBrokers.ae - English Forex Brokers
Disclaimer: This page is for educational and informational purposes only. No trades are provided through the ones on this page. Despite this, ForexBrokers.ae takes great care in verifying the information it has on the site. However, the accuracy of this information cannot be guaranteed. Therefore, we recommend that you get advice from an independent financial expert. Trading in forex and binary options always carries some risk and is not recommended to all investors and traders. Before deciding to trade in foreign exchange, you must determine your investment goals, experience and your willingness to risk. You should know that there is a chance of losing all your first investment, so you should not invest in your money that you need. Read the complete citation